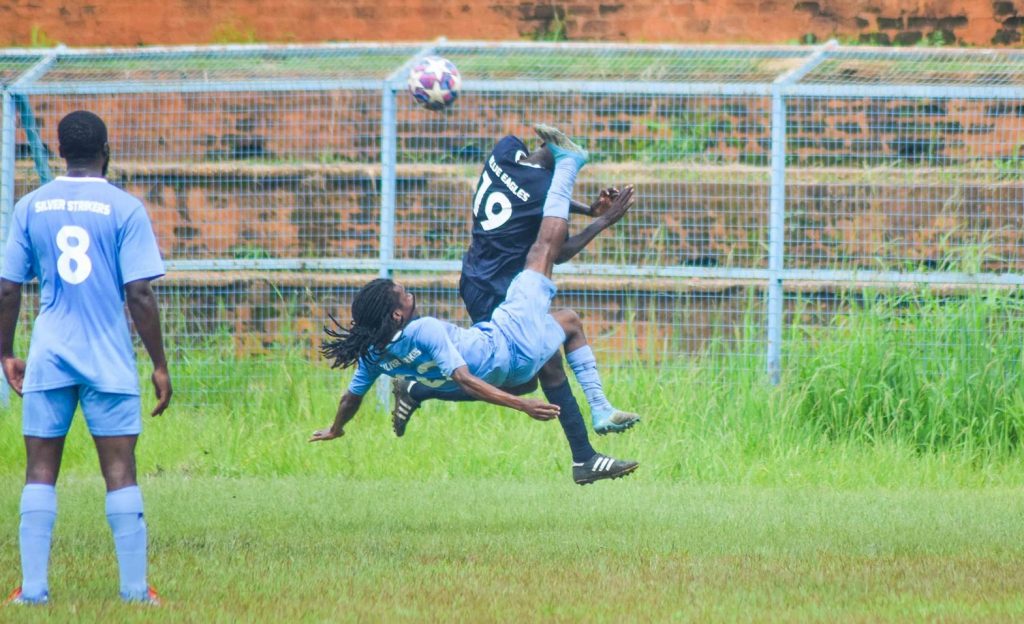 Silver Strikers registered their first win over Blue Eagles since 2018 to go top of the Super League.

The Central bankers won 1-0 away at Nankhaka Stadium on Friday afternoon courtesy of a Stain Dave’s 77th minute tap in.

The bankers have displaced Red Lions on the summit of the league as they now have 19 points, two clear of Lions.

In Karonga Ekwendeni Hammers continued their good run of form when they beat Chitipa United 3-1.

Goals from Clever Kayira, Maneno Nyoni and Sammy Phiri gave Ekwendeni their fifth win of the season as they moved third with 16 points.

Bobby Longwe scored the consolation for Chitipa who are still without a win in eight matches.

At Civo Stadium in Lilongwe Mafco beat TN Stars 2-1 with goals from Stain Malata and Alexander Sikwambe while Chiletso Zoya pulled one back for the visitors.

Red Lions have a chance to reclaim the top spot as they face Civo Sporting away in Lilongwe while 9th placed Karonga United will host Moyale Barracks at Karonga Stadium.