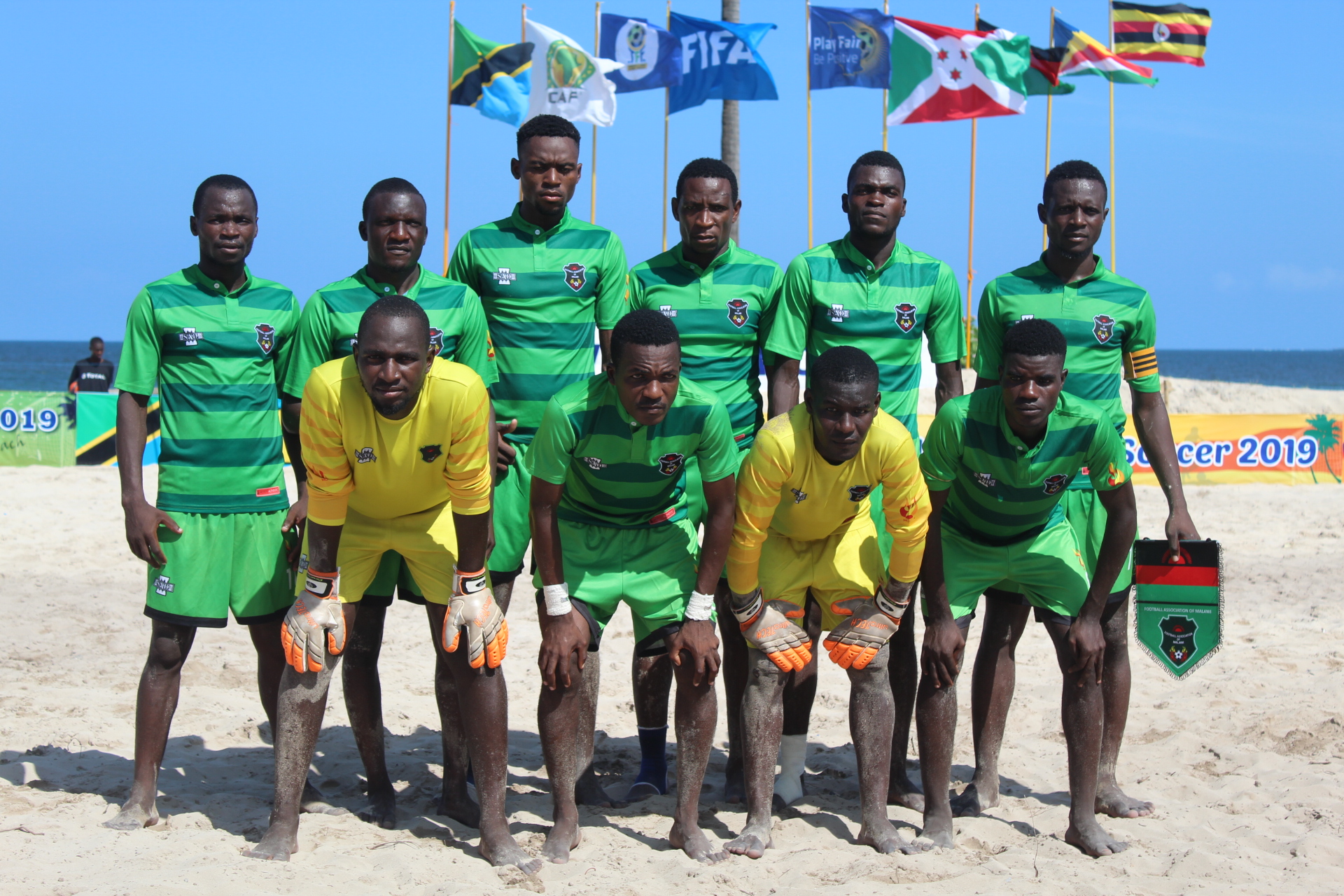 The National Beach Soccer Team was Established in 2015 when it made its maiden international appearance at the Inaugural COSAFA Beach Soccer Championship in Seychelles.

Led by coach Stereo Gondwe the team finished as runners up and got the Silver Medal.

The team then parcipated at the 2017 Copa- Dar es Salaam where they won Silver again before falling outside the medal ranks in the 2018 and 2019 editions.