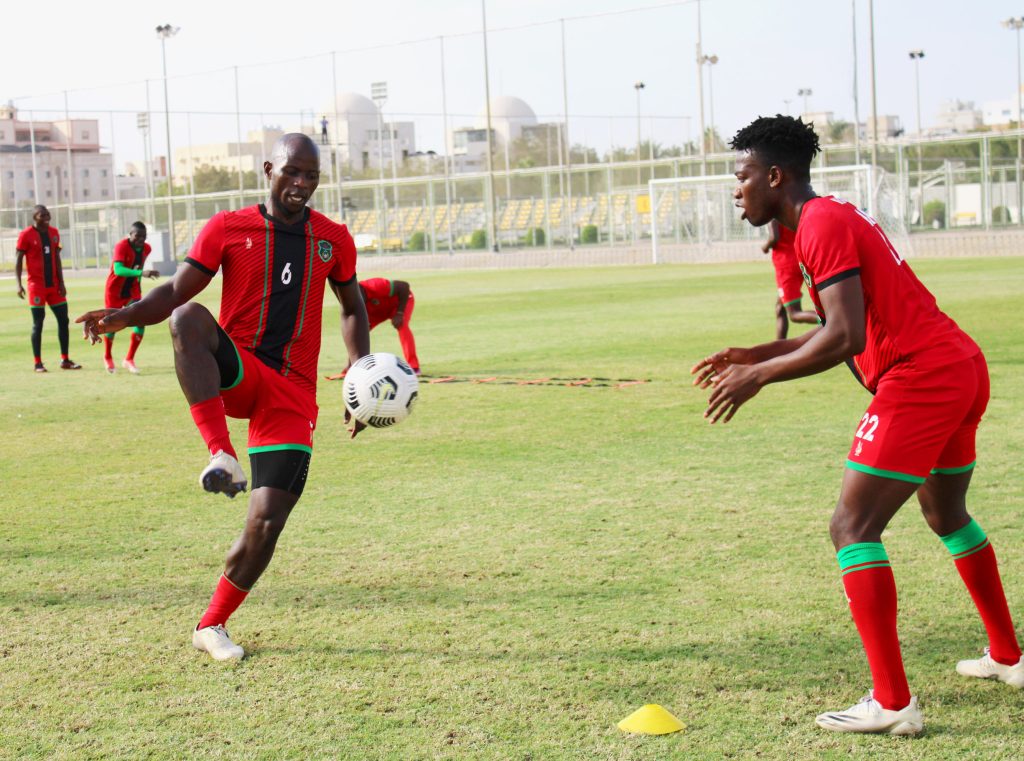 However, striker Gabadinho Mhango and winger Peter Banda, who were expected to arrive on Sunday, did not travel.

Mhango did not fly out of South Africa as his flight was cancelled and the next available flight is on Tuesday afternoon.

Banda has remained in Tanzania due to club commitments as his club Simba host Azam FC in a Tanzanian Premier League match on Saturday.

According to FAM Competitions and Communications Director Gomezgani Zakazaka Banda will join camp late following CAF’s decision to allow footballers heading to next month’s Africa Cup of Nations finals play for their clubs until January 3.

“Initially according to FIFA regulations players must be released for AFCON at least 14 days before the start of the competition and in this case the deadline for all players to be released was Monday December 27.

“But CAF has agreed to allow players whose clubs have matches between December 27 and January 3 to play them before joining up with their national squads for the Cup of Nations finals.

“So, Simba have indicated that they want to keep Banda for their match on New year’s day. We will try to negotiate for a possibility to have him earlier but as it is he will join late.

“For Mhango he will travel on Tuesday as there were no flights on Sunday and Monday,” said Zakazaka.

Meanwhile the Flames had their first training session on Sunday morning at Iitthad training complex.

The 14 players who travelled in the first group participated in the session while the other nine, who arrived on Friday, were rested.

In the afternoon the team had a gym session and will train together as a full squad on Monday morning.

While in Saudi Arabia the Flames are expected to play two international friendly matches against Comoros and Mali as well as other training matches with local clubs.

The Flames are preparing for the 2021 Africa Cup of Nations to take place in Cameroun between January 9- February 6.

Malawi are group B alongside Guinea, Zimbabwe and Senegal and will open their campaign against the former on January 10.