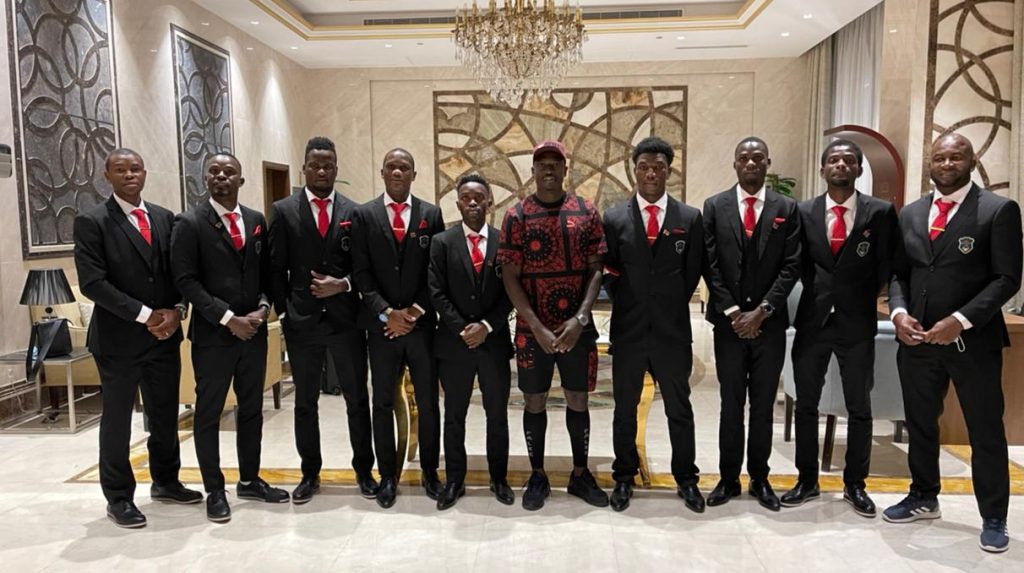 The two arrived in Jeddah on Saturday afternoon alongside the second group from Malawi comprising of six players and three officials.

Goalkeeper William Thole and team manager Clement Kafafwa, who were left behind in Addis Ababa, Ethiopia on Wednesday evening, have also arrived in Jeddah after being cleared of COVID-19.

South Africa based striker Gabadinho Mhango is expected to arrive on Sunday alongside midfielders Gerald Phiri Jnr and Peter Banda from Sudan and Tanzania respectively.

“We now have 23 players and 13 officials in camp. By end of Sunday, we will have 26 players and will just be waiting for five more players to join us from Malawi once they are cleared of COVID-19.

“The team is expected to start full time training on Sunday morning and everything is in order here in Jeddah,” said FAM Competitions and Communications Director Gomezgani Zakazaka.

The five players that were left behind in Malawi after testing positive to Covid 19, namely goalkeeper Charles Thom, defenders Gomezgani Chirwa and Sankhani Mkandawire and midfielders Chimwemwe Idana and Charles Petro are being monitored for another test before they fly to join camp next  week.

While in Saudi Arabia, The Flames are expected to play two international friendly matches against Comoros and Mali as well as other training matches with local clubs.

The Flames are preparing for the 2021 Africa Cup of Nations to take place in Cameroun between January 9- February 6.

Malawi are group B alongside Guinea, Zimbabwe and Senegal and will open their campaign against the former on January 10.