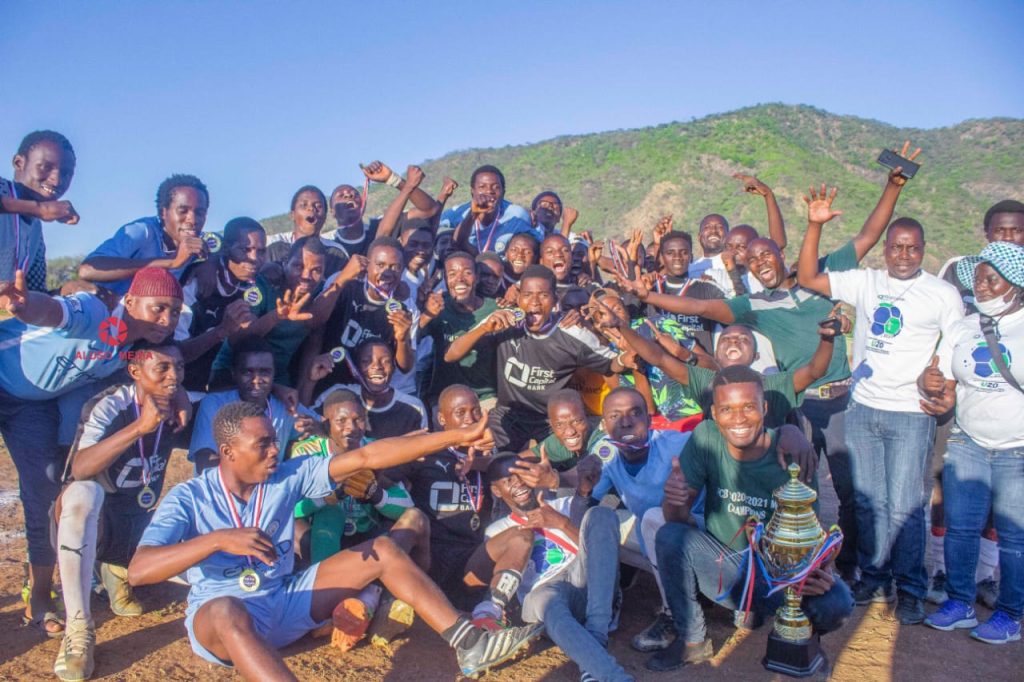 The two teams played out a goalless draw in regulation time which saw Iponga FC missing a spot kick .

To reach the finals, Mpondasi beat Mighty Rumphi Wanderers Reserves 0-1 courtesy of Hassan Sanudi’s goal while Iponga FC defeated KK Spurs with the same goal margin in the semifinals played at the same venue on Friday.

Mpondasi United have pocketed M1.5 Million while Iponga have gone home with K 1 Million for being runners up.

Speaking after their victory, Mpondasi United Coach Mussa Katawala attributed the win to his boys’ courage.

“I am very happy that my team have emerged champions of this year’s league especially because this is my first year in the coaching career and taking the trophy home is a motivation to me.

“It was a difficult match because we were facing a good side but our boys kept the courage and hardworking spirit,” said Katawala.

On his part, Iponga FC Coach Edwin Kaonga said his boys had worked hard in the match but they lacked confidence on the ball .

“We had a very good game, our boys played well and we had chances of winning but we failed to utilise them. At some point we were awarded a penalty and we missed it because our boys were not confidence enough so we have lost it. We will try extra hard and bring the trophy home come next season,” he said.

Speaking after presenting the trophy, FCB Regional Manager for the north Allan Nasolo said the bank is pleased with how NYFA has run the 2021 U20 Leagues.

“As sponsors, we are happy with how the league is progressing and the fruits that we are seeing because there have been improvements every year.

“We are happy with the talent that the boys have and we will continue sponsoring the league to continue unearthing the talent like we have been doing in the last years, said Nasolo.

NYFA Chairperson Tiyenkhu Chavula said the association is happy that more talent is being produced through the league.

“This is the first year that we have had teams from the districts making it to the national finals because previously, most of the teams that were making it were from the cities. This shows that we have more talent in the districts which may produce better players for our Super League if given a chance.

“As organisers, we know we have a room for improvement looking at the shortfalls that we have had but we are so far happy with the league’s products, he said.

The Top Goal Scorer award was shared between Jimmy Mzunga (Iponga FC and Hassan Sanudi (Mpondasi United), who scored a goal each in the semifinals