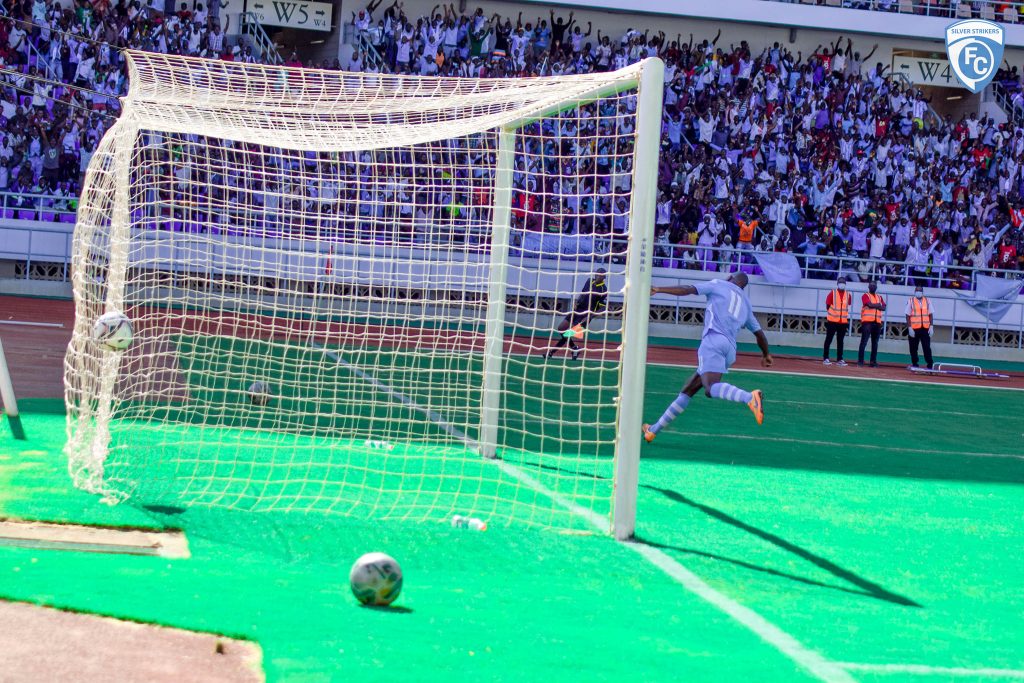 Striker Stain Davie and midfielder Zebron Kalima scored in either half to send Silver Strikers to the Airtel Top 8 final to face Nyasa Big Bullets.

It will be the second consecutive season that Silver will participate in the final after winning the trophy in 2019.

Last year due to Covid-19 pandemic restrictions the Airtel Trophy did not take place.

It will also be the second time Zambian coach Kabwe has led his side to two cup finals in his first season after clinching the FDH Bank Cup in October.

Played in humid and hot conditions at Bingu National Stadium yesterday, Silver took the game to the hosts Civo United.

It was not surprising that they scored in the 9th minute Davie. The pressure continued as Civo failed to organise the midfield and defence.

Blessings Tembo nearly added the second in the 16th minute,  curling the ball past Silver defence but goalkeeper Tione Tembo saved the situation.

Civo were on back foot on the first 25 minutes in a dreadful start. They failed to coordinate and play as a team, losing possession needless and misplacing passes.

After the first 25 minutes, Civo reorganise themselves to give Silver tough time.

The pressure nearly paid off when Silver conceded a free-kick in the 27th minute. Ibrahim Sadik floated the ball into the box past Silver wall, but Muhammad Sulumba shot over the bar. It was the closest Civo came to scoring.

Sulumba also nearly equalised in the 7th minute, but goalkeeper Charles Thom parried the ball away for a corner-kick.

The move paid off as Civo fought hard to come into the game.

Silver also substituted midfielder Tembo for striker Maxwell Phodo, who nearly scored the third goal when he was set up by Davie.

Chande and Sulumba combined well but they failed to penetrate Silver defence.

Silver never panicked and went on to thwart away all Civo attacks to book a final berth against Nyasa Big Bullets.

In an interview, Gabriel Chirwa team manager admitted his side played second fiddle.

“It was a bad and poor performance. It is not what we had expected. It was not the way we had trained. The performance was contrary to the game plan. There was no coordination. The energy was not there. We apologise to the fans,” he said.

Silver assistant coach McDonald Yobe commended his charges for reaching the final. “The boys played according to instruction. We are happy to reach the final and we are looking forward to the face Nyasa Big Bullets,” he said.