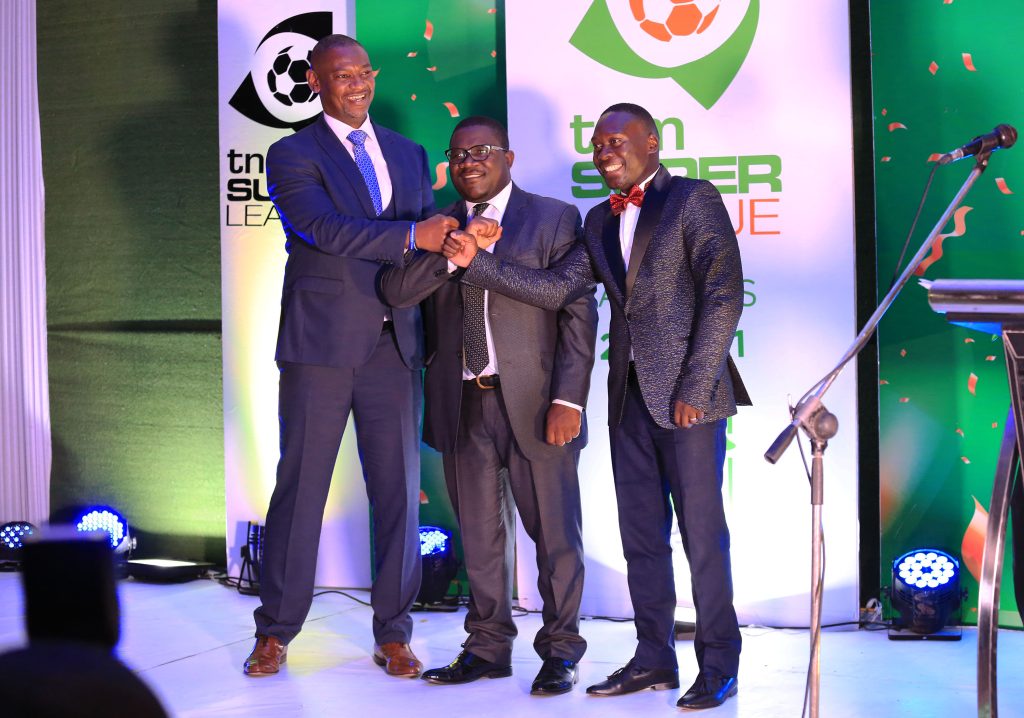 Nyamilandu was responding to the announcement by TNM Chief Executive Officer Arnold Mbwana that the telecom company has raised the sponsorship package with K10 Million.

Speaking during the 2020/21 TNM Super League Awards Gala at Lotus Hotel in Blantyre on Friday evening, Mbwana said his company appreciates the support they get from Malawians by using their network hence giving them back through football sponsorship.

“If we look back to the 15 years, we believe we have fulfilled that ambition we started 15 years ago and we are more than ready to continue supporting the elite league.

“It is against this background that I announce to you that from next season, the sponsorship package has been adjusted to K100 Million and the champions will be going home with K40 Million Kwacha. In addition to this, the player of the season will be getting an individual package of K2 Million Kwacha. These adjustments reflect the recognition and value that we give to football,” said Mbwana.

Nyamilandu hailed TNM for the package saying it will motivate teams and create competition in the league.

“After the games were suspended, we formed the Covid-19 taskforce which among other things lead the relief program to bail out our stakeholders and Super league teams were the biggest beneficiaries.

“This is also the time that we started lobbying for an increased sponsorship package because teams were spending more than what they get at the end of the season especially with games being played under closed doors.

“Today, we are happy to witness the hike in the sponsorship package as this will motivate both the elite league to grab the championship and those in the regional leagues to earn Super League promotion. The player of the season award will also bring competition amongst the players and this will make the game even more interesting,” said Nyamilandu.

Nyamilandu also hailed the Super League teams for continuing to play games without gate revenue and for adhering to Covid-19 prevention protocols when the game restarted.

“We appreciate the passion that the 16 super league clubs showed in the season. It was very easy for football to die a natural death because of the pandemic but Sulom and the teams showed the love for the game by continuing with the games even without fans.

The teams and fans also adhered to all covid-19 preventive measures though it wasn’t easy to change but we did not experience any resistance and the Covid adherence protocols were the best in football than any other sector as indicated by the Presidential Taskforce on Covid-19 so we don’t take this for granted,” said Nyamilandu