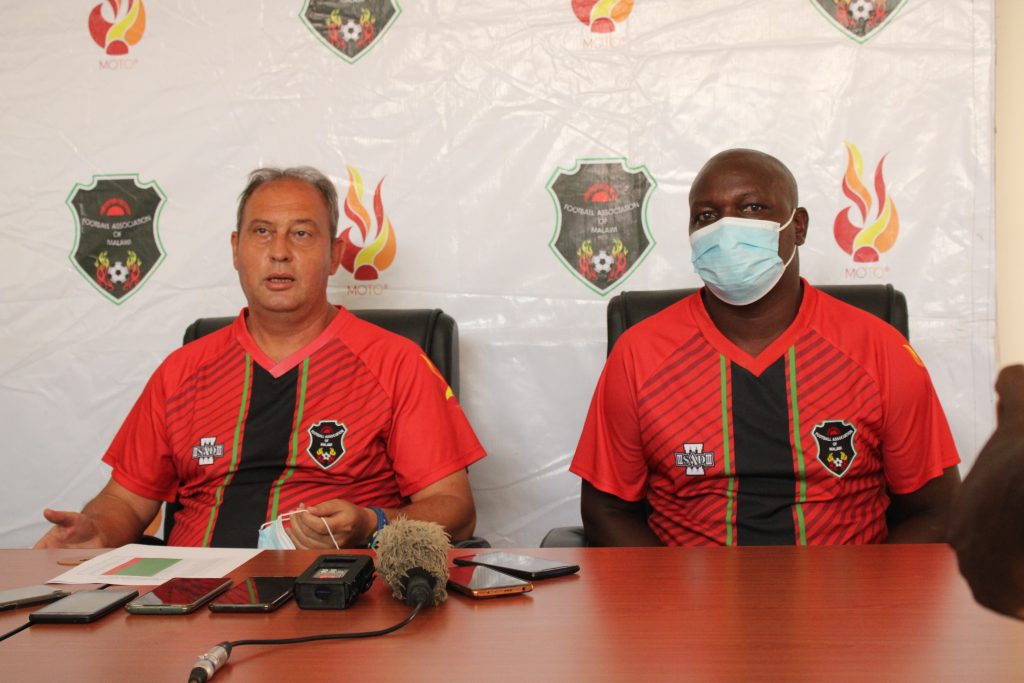 The Flames Technical Panel has named a 30-man provisional squad for the 2021 TotalEnergies Africa Cup Nations.

The squad includes six new players who were not of the AFCON qualification campaign and the just ended 2022 FIFA World cup qualifiers while the rest are old guards.

Flames head of technical panel Mario Marinica told a media conference on Wednesday morning that the panel has come up with the squad after assessing the players’ performance in the World Cup qualifiers as well as the just ended Airtel Top 8.

Marinica has, however, said the players will have to prove themselves during the Pre- AFCON camp which will take place in Saud Arabia if they are to make it to the AFCON final list.

“We know that this is a challenge but that’s what we are here for. We looked at the squad that participated in the World Cup qualifiers, analysed their performances and noted that something has to be changed so that we have players that we can rely on at the Afcon Finals.

“The players in the provisional squad will have to prove themselves in the 10-day camp that we are going to have in Saudi Arabia because we are supposed to have a final 23-member squad that we will travel with to Cameroon,” said Marinica.

The panel has also included 13 players on standby.

The team is expected to leave on Thursday for a ten-day camp in Saudi Arabia enroute to Cameroun early January.

While in Saudi Arabia, the Flames are expected play two friendly matches against Mali and Comoros on December 30th and January 4th respectively. The team will also have training matches with local clubs in Saudi Arabia,