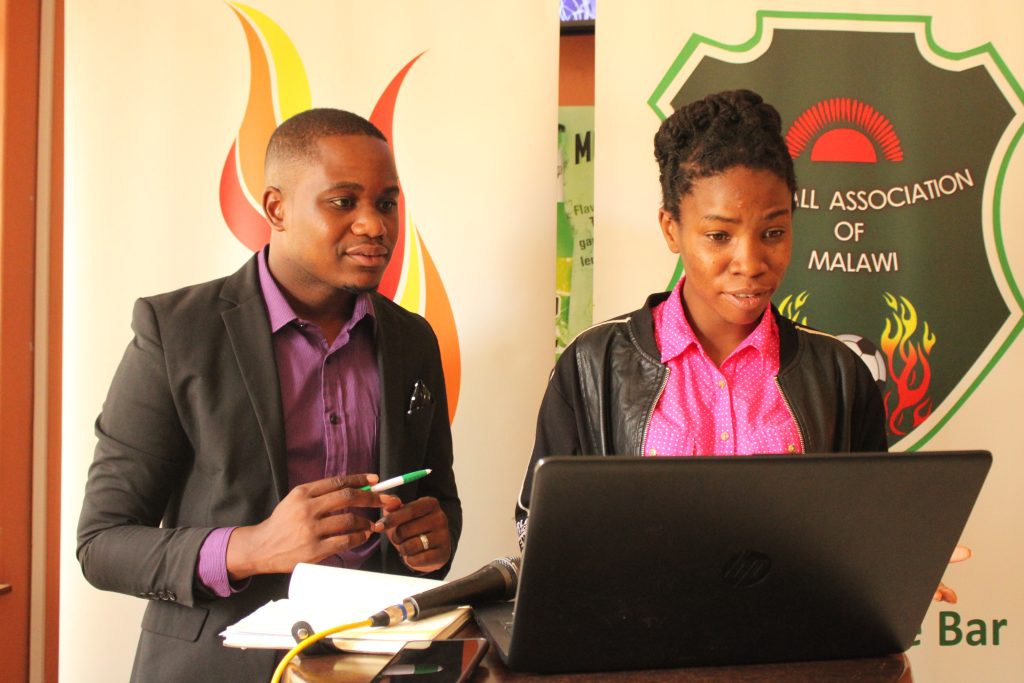 The Flames Afcon Resource Mobilisation Taskforce says it is satisfied with the progress made in the ‘Ipatse Moto Flames and Win’ initiative’.

Spokesperson for the taskforce,who is also FAM Broadcasting and Marketing manager, Tulipo Mwenelupembe said this on Tuesday during a weekly raffle draw for the last week of November and first two weeks of December ,which took place at Mpira Village in Blantyre.

Mwenelupembe: “said we started at slow pace but we saw the number of entries increasing. We are happy not just because we have seen fans donating but because we have done something for them.

“The fans always support the national teams and we only receive but through this initiative, we have given back to them through the various prizes that we giving out to the lucky winners.

“The initiative has enabled us to engage with the fans and believe that this will be part of the legacy for the Flames qualification to AFCON.

“As a taskforce, we are very grateful to those who have been taking part and are still taking part in the competition and we encourage them to continue doing so and stand a chance to win a Flames replica jersey, deep freezer or Toyota Sienta in the  final draw which will be conducted next week.”

About 15 people won Flames replica jerseys during the draw.

According to Mwenelupembe, a total of 35 Replica jerseys and 3 deep freezers have been given out to fans so far and the final raffle draw will see 10 people winning Flames jerseys, three winning deep freezers and one lucky winner will drive home Toyota Sienta.

In the initiative, individuals have a chance to donate a minimum of K50 to the Flames by dialing *3089# using both TNM and Airtel networks and they are eligible to enter the draw when their donation has accumulated to K250 or more.

Apart from the ‘Ipatse Moto Flames and Win’ initiative, the Flames Afcon Resource Mobilisation Taskforce also had other activities to help raise funds for the Flames Afcon participation including a fundraising golf tournament and a VVIP Fundraising Dinner hosted by the State President Dr Lazarus McCathy  Chakwera at Kamuzu Palace last month.

The Flames are expected to leave the country for Saudi Arabia on December 24th where they will camp before leaving for the AFCON Finals early January.