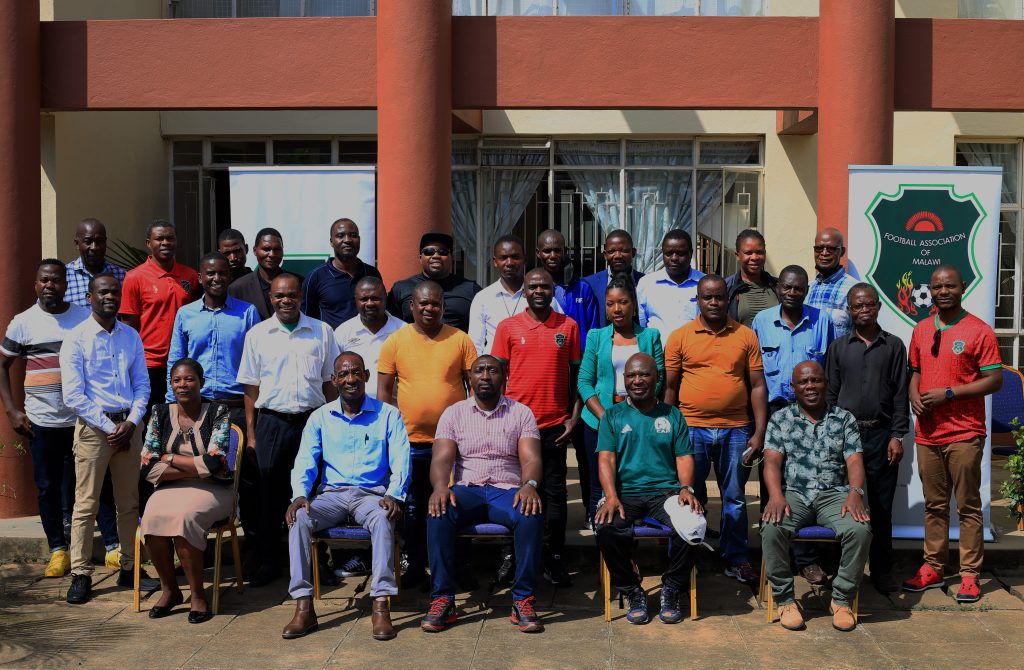 Football Association of Malawi (FAM) says standardisation of elite matches organisation is vital in the development of the game in the country.

FAM General Secretary Alfred Gunda made the remarks on Friday at Mpira Village in Blantyre during the opening of a two day General Cordinators and Match Commissioners workshop for Southern Region aimed at providing skills to officials who will be coordinating and commissioning elite games ahead of the new season slated to kickoff on Saturday with the NBS Bank Charity shield at Kamuzu Stadium in Blantyre.

Gunda said FAM organised the workshops after realising that there was inconsistency in the organisation of football matches due to lack of capacity for Match Cordinators and Commissioners.

“In the past we were delivering matches inconsistently even in the same competition. And this led to problems with key stakeholders especially partcipating teams.

“So we want to harmonise our match organisation operations so that all matches across the country regardless of competition or venue are delivered with same standards.

“One of the things that you will realize is that we now have gone digital in match organisation with an online competition management system. We also have a Stakeholders registration platform in Mpira Connect . All these are aimed at professionalising the delivery of football . So this workshop will complement all the efforts we are making to make our football better,” Gunda said.

In her remarks one of the participants,National Women’s Football Association (NWFA) General Secretary Linna Mtegha applauded FAM for organising the workshop as it has enlighten them on match organisation best practices.

“I am excited to attend this course as it will help us change ways of doing things ” Mtegha said.

Mighty Be Foward Wanderers Administrator Steve Palemeza said :”We applaud FAM for the initiative because our match organisation was a little bit chaotic. In Super League matches things were being done differently from those in the FAM organised Cup games. Again match organisation was very different at each venue depending on who is coordinating. There was need to bring this order.”

On Friday the participants underwent theory sessions on coordination and commissioning and will do practicals on Saturday at the Kamuzu Stadium during the NBS Bank Charity Shield match between Nyasa Big Bullets and Silver Strikers.

Simiral workshops will be held in Lilongwe for the Central Region next weekend and in Mzuzu for the for the Northern Regiona the other week.