All set for NBS Bank Shield 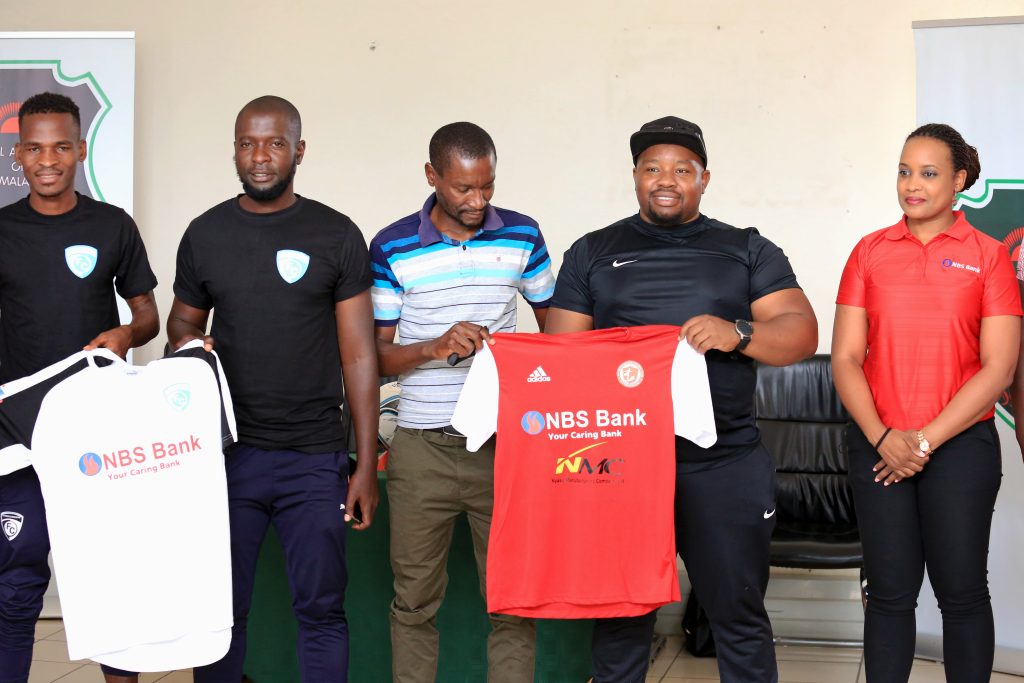 Like the previous local football season ended, so shall the new one begin.

Domestic football powerhouses Nyasa Big Bullets and Silver Strikers will officially open the 2022 football season with a clash in the NBS Bank K15 Million Charity Shield at the Kamuzu Stadium in Blantyre on Saturday afternoon.

The two teams return to the venue almost three months after they wrapped up the 2020/2021 soccer calendar with a nail biting Airtel Top 8 cup final which the People’s team won 5-4 on post- match penalties.

A lot has happened within the camps of the two teams and the Charity Shield presents the two teams with a chance to acess the effectiveness of their off season transactions.

Bullets have released 11 senior first team players including veteran strike,r Chiukepo Msowoya, Defender Sankhani Mkandawire and midfield workhorse Chimango Kaira and failed to retain the services of Defender Miracle Gabeya and first Choice Goalkeeper Enerst Kakhobwe both of whom refused to renew their contracts due to contractual disagreements.

The Champions however have not been that busy on the transfer market recruiting just two players; defender Haji Wali from Silver Strikers and Playmaker Mphatso Magaleta from relegated Ntopwa FC. They have also as promoted four youngsters from their reserve side

Silver Strikers on the hand have had their own share of transactions on the transfer market letting go defenders Haji Wali, Hebert Wayekha and Trevor Kalema as well as Midfielder Mphatso Dzongololo and Goalkeeper Brighton Munthali who has joined Blue Eagles on a season long loan.

The Bankers have made reinforcements by signing former Chitipa United enterprising midfielder, Hardy Ng’andu as well re-signing their former striker, Chawanangwa Kaonga who was released by his South African National First Division side.

Saturday’s match will provide an opportunity for both coaches (Callisto Pasuwa for Bullets and Dan Kabawe for Silver) to test their teams’ characters ahead of the new season.

Bullets come into the match smarting from a shock 2-1 loss at the hands of newly promoted Sable Farming in a game coach Pasuwa rested a majority of his first team players.

But on Saturday, Pasuwa might be tempted to hand a competitive debut to former Silver Strikers defender Haji Wali who impressed in the Sable Farming FC friendly match.

The Zimbabwe tactician will have to recall last season’s player of the season and team vice-Captain Chimwemwe Idana, right full back Gomezgani Chirwa and forward Babatunde SAdepoju who were all rested for the strength-testing encounter.

As for Kabwe his team comes into this match straight from a 2-0 friendly win against Tigers FC in a game newly signed forward Chawangwa Kaonga grabbed a brace.

Speaking ahead of Saturday’s match after the 2-1 defeat to Sable, Bullets assistant Coach Peter Mponda downplayed the defeat saying it was just their first game of the season in which the team was trying new combinations.

‘Let’s not read too much into today’s result as this was just our first match and our attention now shifts to Saturday as we face Silver. I know it will be a tough match but let me guarantee you that come Saturday afternoon we will give it all our best’, said Mponda.

And his counterpart Macdonald Yobe said they will use Saturday’s match to assess the team’s preparedness ahead of the new season.

‘It’s the first game of the season which we will use to assess how the players are prepared for the season both mentally and physically’, said Yobe.

‘I know we lost to them in the Airtel Top 8 Final but that was a penalty shootout and we have since recovered from that defeat as we focus for the new season’, said Yobe who also had a stint with Bullets during his playing days.

After Saturday’s match, the two teams are likely to clash again in the two- day four team Nzika Pamtsetse Soccer Bonanza next weekend at the Bingu National Stadium. The Bonanza has been organised to raise funds for flood victims in the lower shire.

The TNM Super League is expected to roll into action a week after the Nzika Pamtsetse Bonanza though the Super League of Malawi is yet to release fixtures for the first round.