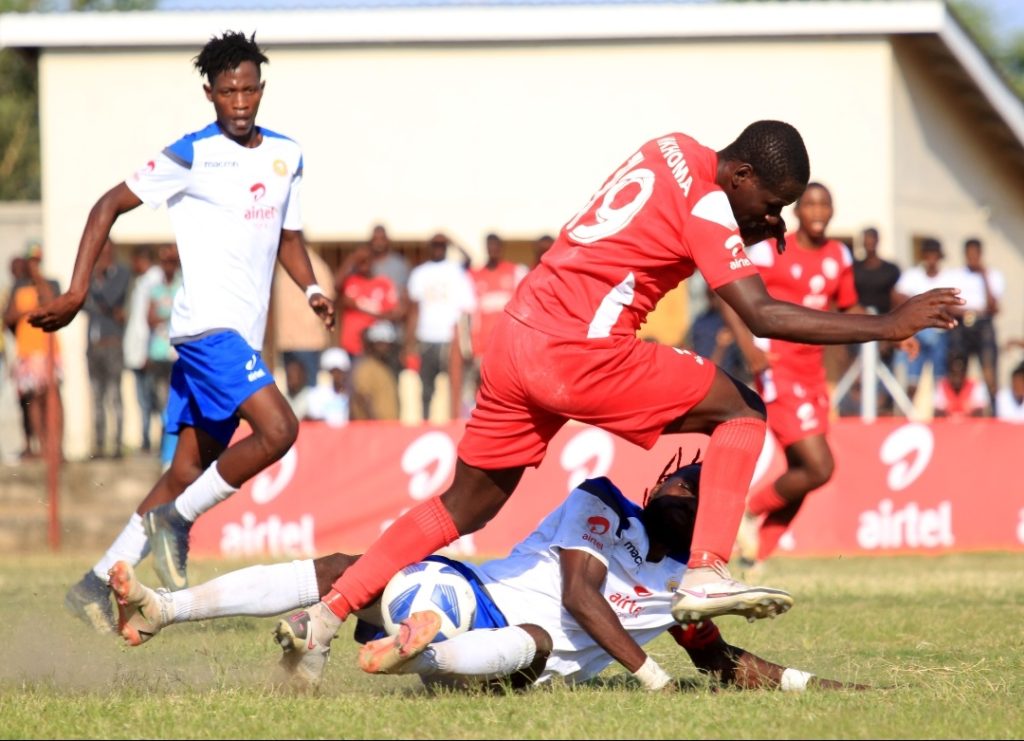 Defending champions Nyasa Big Bullets are the fist team to book a place in the 2022 Airtel Top 8 semifinal following a one-all draw against Karonga United  in the return leg of their quarterfinal tie at Karonga Stadium on Saturday afternoon.

Bullets  who won the first leg 7-0 at Kamuzu Stadium three weeks ago won the tie 8-1 on aggregate..

The Kalisto Pasuwa side started the game on a high note pressing for an early goal and  it was Hassan Kajoke who scored the game’s first goal just five minutes into the match after a pass from Yamikani Fodya.

Bullets dominated play in the first 30 minutes and created chances through Thomson Magombo and Kajoke but goalkeeper Lloyd Munthali was equal to task as he saved the shots.

The host Coach Christopher Nyambose made an early Substitution at 37 minutes bringing in Sheriff Shamama for Henry Chiwaya, a decision that worked to their advantage as Karonga started attacking but the visitors led at half time.

In the second half, it was the hosts who attacked more in search of an equaliser and probably more goals in a hope to turn the tables but Mphatso Kamanga’s 61st minute goal was just enough for the two sides to share spoils.

Coach Christopher Nyambose was happy with his boys’ performance at home.

“I am happy with the spirit that my boys put up today because we managed to outplay Bullets despite the disappointing first leg loss and they were under pressure. It’s just unfortunate that we didn’t score more goals as expected but its good that we have finished the season on a high note,” he said.

Nyasa Big Bullets Coach Kalisto Pasuwa admitted that Karonga gave his side a tough run but was glad that the team have managed take it to the semifinals.

“It was a tough game today. We were too hesitant to play the ball from the back but well done to the strikers for managing to get the goal. We made changes to stabilise the midfield and it worked though we didn’t manage to score a winner. As we go into the semifinals, we will prepare for any team that comes our away,” he said.

Bullets will be face the winner between Silver Strikers and Kamuzu Barracks in the Semifinals.

Mafco FC will on Sunday afternoon  host Mighty Mukuru Wanderers at Chitowe Stadium in a match that will decide the second semifinalist. Wanderers have a two-goal advantage as they won 2-0 in the first leg but the Salima-based Soldiers are geared to win the match at home.