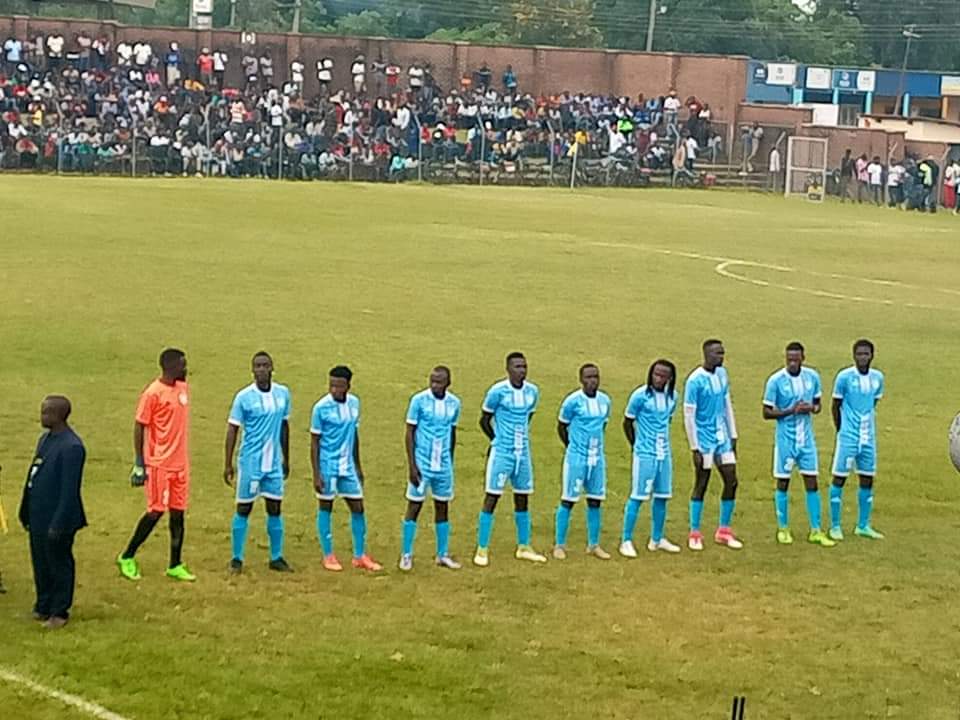 Mighty Tigers started their 2022 TNM Super League campaign on a brighter note after defeating Mzuzu based soldiers, Moyale Barracks 1-0 at the Mpira Stadium on Sunday afternoon.

It was an action packed afternoon that saw last season’s runners up, Silver Striker launch their 2022 league campaign on bad note as they went down 0-1 to Red Lions.

There were also wins for debutants Dedza Dynamos who beat fellow debutants Rumphi United 0-2 away at the Rumphi Stadium while Sable Farming registered their first loss of the season after losing 0-2 away to Civo United. Blue Eagles collected their first three points under new coach Eliah Kananji after the Area 30 side overcame MAFCO FC 0-1 at the Chitowe Stadium.

It was however at Mpira Stadium where the action was intense as two teams, Mighty Tigers and Moyale Barracks, who spent most of the last season fighting against relegation were pitted against each other to open their 2022 season.

Moyale started the match as the brighter side with Lyold Njaliwa dictating play in the middle of the pitch inside the first 15 minutes.

The 2021/22 TNM Super League Most Improved Player of the Year would have given the soldiers the lead when he was allowed to shoot from range in the 14th minute  but he could not hit the target.

Njaliwa was in action three minutes later when he latched on to a corner kick but his flick went over the top of Tigers crossbar.

However, it was the Trevor Kajawa side that grew into the game from that moment on as Kajawa kept shouting instructions to his players from the touchline.

The Kau Kau Boys got their first chance of the match in the 26th minute when midfielder Precious Chiudza was put through in front of goal but took his time to take his shot until the ball was cleared into safety.

The Kanjedza outfit had a strong shout for a goal four minutes later when exciting midfielder Iven Mwakapemba thought he had given his team the lead after his header hit the inside of  Moyale crossbar and bounced off the line. Referee Zebron Tengani waved play on.

Moyale were then restricted in their own half with Tigers launching one attack after the other.

In the 42nd minute, Tigers fashioned the best chance of the half when Kondwani Chilembe received a brilliant low pass from the left which found him completely unmarked and in a one on one situation with Moyale goalkeeper Simeon Harawa. However, instead of slotting the ball home, the striker fluffed his shot over the crossbar to let the two teams go into the recess tied at 0-0.

After the recess the Kanjedza Boys started from where they left off and did not wait for long to get their goal.

Chilembe received a pass in his half and played a short pass to Mwakapemba who released Chilembe with a sweet return pass on the left. Chilembe was given room to advance into the Moyale box and played a low ball to Mpatso Kasonga who had time to control the ball and slot it past an advancing Harawa to give Tigers the lead.

Tigers confidence continued to grow and the soldiers started conceding too many fouls in their half as they tried to stop the marauding Tigers.

Kasonga would have made it 2-0 shortly after his goal but his well taken shot was saved by Harawa.

Njaliwa could have equalised in the 61st minute when he found himself at the end of a cross from the right in the Tigers penalty box but the midfielder failed to connect past Tigers goalkeeper Dalitso Khunga. The Soldiers then laboured on for the rest of the afternoon in search for an equaliser which never arrived.

Elsewhere, Capital City Giants, Silver Strikers had a rocky start to their 2022 Super League campaign when they went down 0-1 to Red Lions at the Balaka Stadium.

Last seasons’ top goal scorers’ contender, Royal Bokosi gave the Zomba-based soldiers the lead in the second half to put pressure on star-studded Daniel Kabwe side.

At Civo Stadium, debutants Sable Farming received a baptism of fire as they registered they first loss of the campaign after going down 2-0 to hosts Civo Service United courtesy of  Christopher Kumwembes’ first half and Arnold Masamba’s second half strikes.

As Sable were being defeated at Civo, their fellow debutants, Dedza Dynamos took their first three points of their campaign when they defeated fellow rookies Rumphi United 0-2 through goals from Promise Kamwendo and Charles Chipala.

At Chitowe Stadium in Nkhotakota, Blue Eagles FC gave coach Eliah Kananji claimed his first victory of the season  when the Area 30 side triumphed over Salima based soldiers, MAFCO FC 0-1 after Arthur Moffati scored the lone goal of the match in the second half.