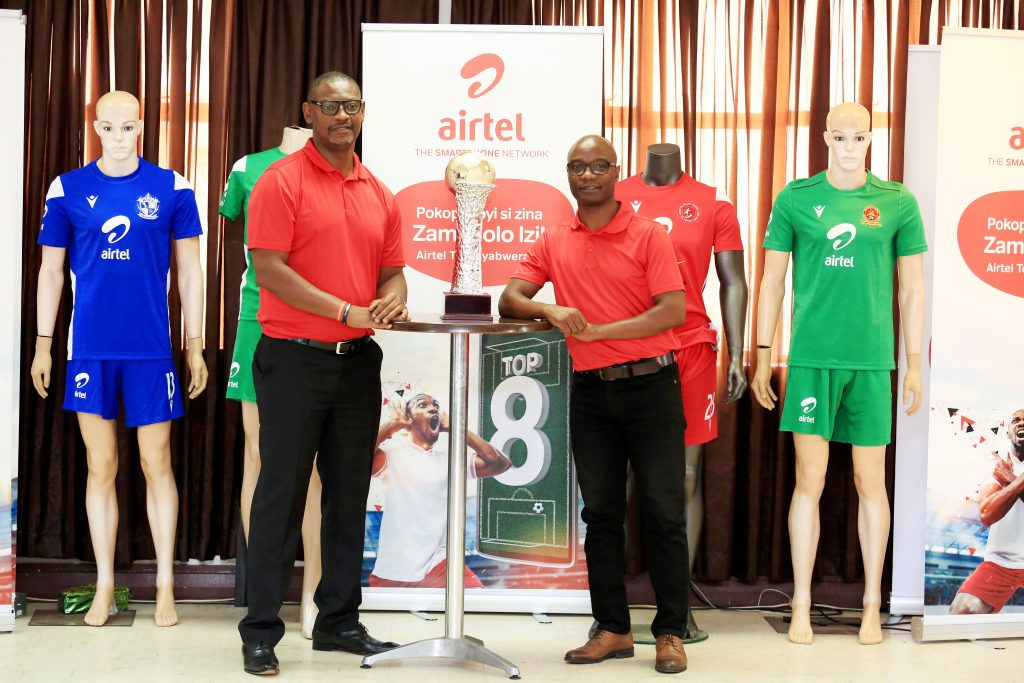 The  Airtel Top 8  Season Four kicks off this weekend with a unique theme ‘Zamadolo izi’, meaning the ‘For the Best’.

Airtel Managing Director Charles Kamoto disclosed this on Thursday morning during a media briefing at Mpira Village in Blantyre.

Kamoto said:” Over the last three seasons, we have been having different themes aimed at delivering certain results which we accomplished at the end of the day. Now we want the participating teams to have a feel that they are really stars of Malawi football and that spirit will drive them to have the energy and prove it on the pitch.

“We believe that the energy that the top 8 teams will have when they think of this theme will bring competitiveness, hence excitement during the season.

“As sponsors, we are committed to bring in our support throughout the seven weeks of the competition and we will bring in exciting games and challenges through our Social Media platforms and lucky ones will win various prizes.”

FAM Vice President Justice Jabbar Alide, who is also the Chairperson of the Competitions and Marketing Committee, said FAM is geared to organize another successful Top 8 competition.

“As opposed to the previous seasons, this year we did not conduct a draw but teams have been paired according to log table standings where team number one will meet team number eight and so on,” said Justice Alide.

In his remarks, FAM President Walter Nyamilandu said the association is excited with the theme saying it will push the players to think big.

“We are very happy with the theme and I am sure that this will resonate well with the teams, fans and consumers.

“Every year, Airtel pushes us to think big and you have made it possible for us to achieve our strategic plans of having more competitions,” said Nyamilandu.

The Airtel Top 8 Season Four kicks off on Saturday with Nyasa Big Bullets hosting MAFCO in the Quarterfinal First leg at the Kamuzu Stadium.

On Sunday Be Forward Wanderers will host Moyale Barracks at the same venue. Next week Silver will play TN Stars while Civo Service will host Karonga United.

The teams will meet in the return leg in two-weeks time.

The winner of the competition will receive K17 million.