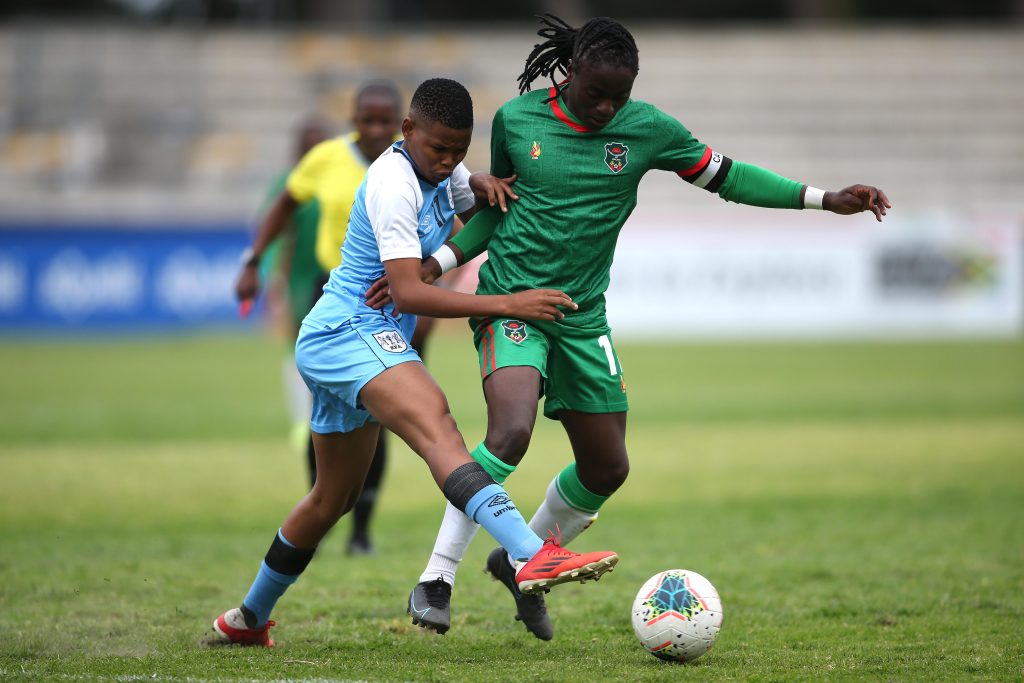 The Malawi National Women’s team on Friday failed to utilize a number of goal scoring opportunities as they drew 1-1 with the 2022 Wafcon quarterfinalists, Botswana at the Madibaz Stadium.

Wezzie put the Scorchers in the lead at 6 minutes as she headed in a Ruth Nyirongo’s cross but the Mares responded quickly as Gaonyadiwe Ontlametse came in with an equaliser 8 minutes later after her weak shot went past goalkeeper Ruth Mhango.

The two sides had a physical show in the second half as the game and the referee kept on calling medics into the field of play because of injuries.

Fazila Chembekezo was replaced by Rose Kabzere at 54 minutes due to an injury, the only substitution for the Scorchers.

This was the first draw at this year’s Holywoodbets COSAFA Women’s Championship as the first five matches all produced winners.

Coach Lovemore Fazili was proud of the girls’ performance against Botswana though highlighting some grey areas that his panel will work on before their next two assignments.

“We had a very good games and had alot of chances that we could have scored a number of goals but we failed to utilise them. I thank the girls for managing to get a point from today’s game and I am proud of the girls.

“We believe in scoring goals because that what makes a difference in a game so as we go into the next two matches, we will work on finishing and the players’ confidence when they are in the box.

Apart from losing chances, there are some positives from the girls as most of them have improved their performance and we will hopefully win in the next two games,” said Fazili.

Player of the Match: Tabitha Chawinga.