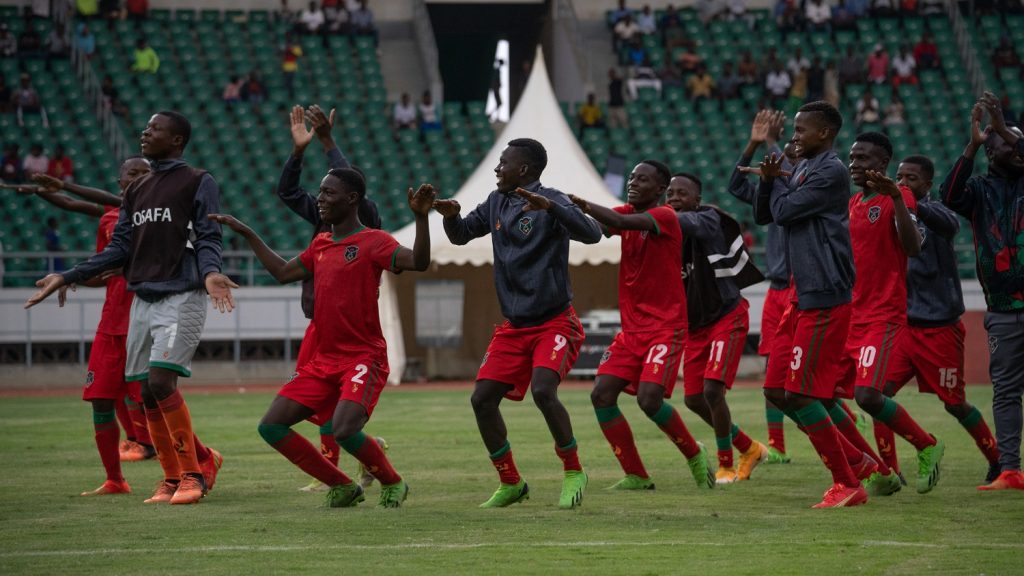 The Malawi U17 Boys National team on Sunday afternoon came from behind to beat Namibia 2-1 to qualify for the semifinals of thee TotalEnergies AFCON Algeria 2022|COSAFA Qualifier.

The Junior Flames came into the match looking for a must win following a two-all draw with Botswana in the opening match on Friday.

Namibia scored first through Dorian Nanuseb at 27 minutes only for captain Blessings Kanowa to equalise from the spot 10 minutes later.

In the second half, Malawi seemed to be under pressure to impress the crowd and kept missing a number of clear chances through Vicent Harrison, Misheck Billiat and  Charles Matanda.

Coach Deklerk Msakakuona was happy with the three points but pointed out some areas that he needs to work on going into the semifinals.

“We played well as compared to the first match, there were improvements in the team because the boys were confident to start the ball from behind and keep it. The only problem is that we are always coming from behind which is not good.

“We have a number of days before the semifinals so we will prepare both mentally and physically. The team is lacking composure in front of the goal because we had so many chances but couldn’t score. We are also failing to make good use of set pieces, so we are going to work on this before the semifinal,” he said.

Malawi now lead group A with four points after a 2 all draw with Botswana on Friday and are guaranteed of the place in the semifinals as two top teams in each group will make it to the knockout stage.

The two finalists at the tournament will qualify for the TotalEnergies Africa Cup of Nations Algeria 2023.