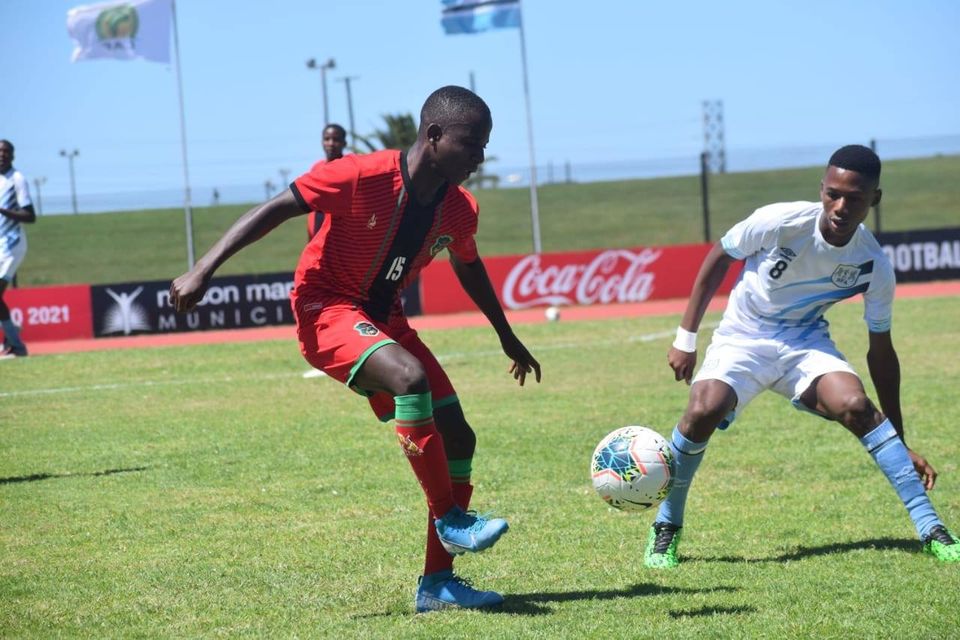 Man of the Match: Andrew Lameck.

Ten Man Malawi U-17 National Team on Thursday pulled a great comeback to force a 2- all draw with Botswana in the opening match of group B at the on going COSAFA Youth Championship in Port Elizabeth.

Malawi started on a high note with Renald Mapulanga scoring the first goal of the match in the 12th minute.

The Msakakuona led side were let down in the 25th minute when defender Cliff Mbewe was shown a straight red card for a foul.

Coach Declerk Msakakuona made some changes in the second half with Samson Zakeyu and Enock Dumuza going in for Chifundo Mphasi and Renald Mapulanga respectively.

Botswana dominated the better part of the second half and Tlotlo Kgaolo capitalised on communication breakdown between goalkeeper Justine Mhone and his defenders to score Botswana’s second goal in the 82nd minute.

Malawi fought back for a point as they got an equaliser from the penalty spot by Mcdonald Chiwanda a minute to full time.

Msakakuona said the early red card affected his boys’ performance but was happy that they managed to get a point.

“After the red card the boys were confused no wonder we conceded a goal towards the end of the first half. We wanted to win and brought in new legs in the second half but we were still at a disadvantage and our opponents scored a second goal . But it was good we equalised and got a point in the end.

“All in all, we had a good game and happy with the point after playing with one man less for almost 70 minutes,” said Msakakuona.

Malawi will meet Zambia in the next match on Sunday before facing Comoros in the last Group Stage match on November 25.