Flames out of WC qualifying race 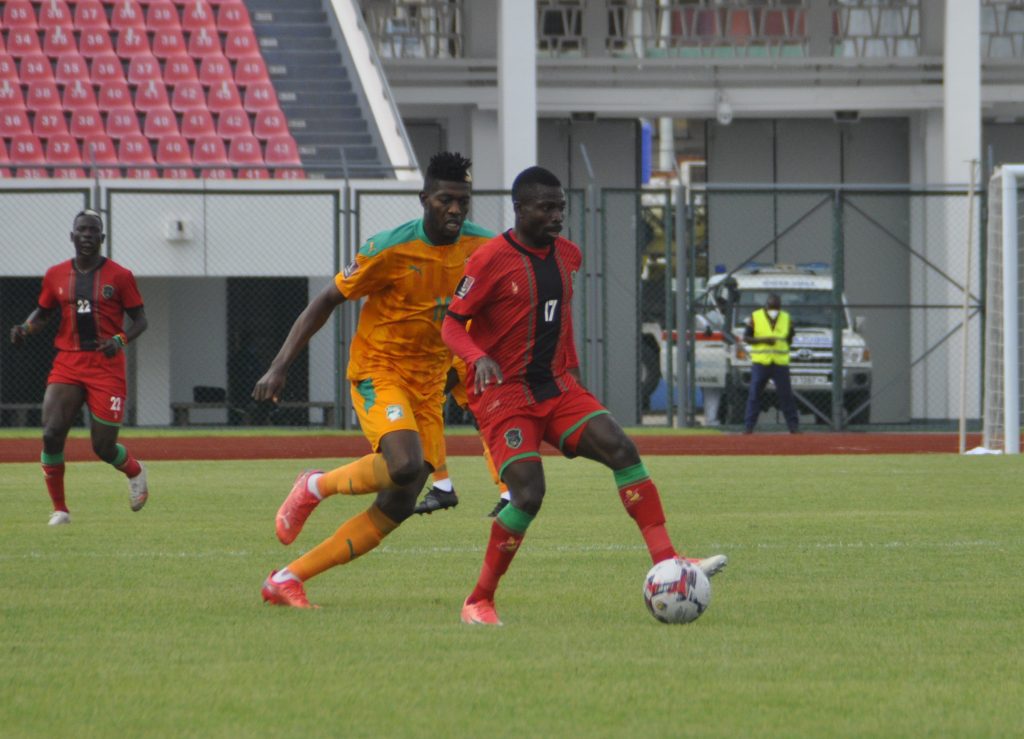 The Malawi Men’s Senior National team, The Flames are out of the 2022 FIFA World Cup Qatar qualifying race after going down 2-1 to Ivory Coast in Cotonou, Benin on Monday evening.

The result means Ivory Coast remain top of the group with 10 points one point ahead of second- placed Cameroun whom beat bottom placed Mozambique 2-0 earlier in the day.

Malawi are third with three points and with two matches to go before the end of the qualifiers, the maximum they can reach is nine points which is below Ivory Coast’s current tally. With one team making it to the group stages, Malawi and Mozambique are out of contention for a place in the next round.

Nicholas Pepe scored inside the opening two minutes when he capiltiased on Peter Cholopi’s failed clearance and the UK based forward slotted past the advancing goalkeeper Brighton Munthali.

However, Malawi were back on level terms at 19 minutes when Khuda Muyaba fired home from the edge of the box after being put through by Chikoti Chirwa.

The hosts scored the winner in the 66th minute through a penalty which was awarded after Dennis Chembezi was judged to have fouled Gervinho. Frank Kessie made no mistake from the spot to make it 2-1.

Malawi’s last matches are in November against Cameroun at home and Mozambique away.

Mwase said he was happy with the performance of his boys though they lost the game.

“I believe we have gone down fighting. It was a very tough match. But I am very proud of my boys for the fighting spirit they have shown today. I hope it would have been different in the first match if we had played like today.

“They have shown great character. It is very unfortunate that we have conceded those two goals. The penalty, I am not sure if it was a really penalty. But all the same I happy with the performance of the boys.

“ We are out of contention to qualify for the next round but we still have two matches which we will take seriously as we continue to fine-tune our team ahead of the Africa Cup of Nations finals in January,” said Mwase