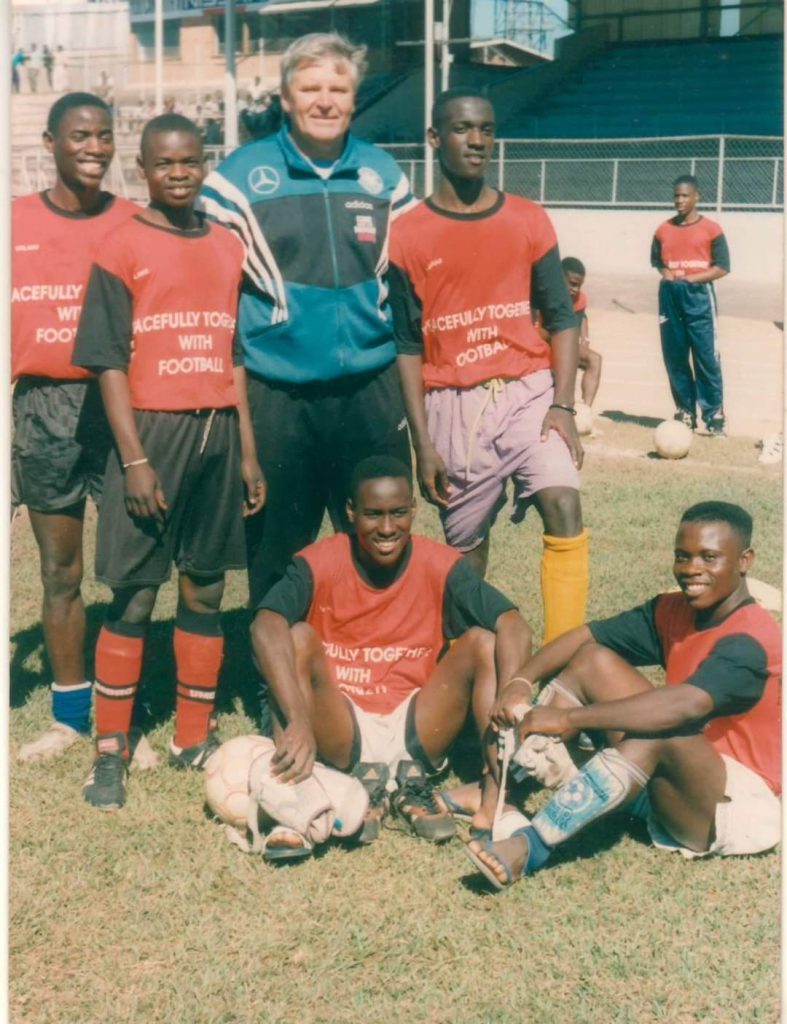 FAM has paid tribute to former Technical Director late Manfred Hoener describing him as one of the outstanding pioneers of Malawi football with an exceptional eye for spotting talent.

Hoener died on Saturday evening due to heart failure at the age of 79.

FAM President Walter Nyamilandu Manda said on Monday afternoon that the Malawi Football fraternity will always remember Hoener for his excellence in building youthful teams for the future.

“We had exciting and successful national youth teams during his time. Over and above that he worked very hard to expose talented players in Europe to give them a brighter future. If he had been around for long, Malawi football would have immensely benefitted from his expertise and we would have been miles away.

“Personally, I will remember him for opening my doors to the national team when Rueben Malola was coach. He also offered me special training sessions with Chimwemwe Gadi when we were going for trials overseas. He did the same with all players who went for trails outside the country. He is probably one of the best expatriates we have had in terms of youth football technical development and may His Soul Rest in Peace,” said Nyamilandu.

During his eight-year stay in Malawi, Hoener dedicated most of his efforts to youth development programmes, which he successfully executed.

His first notable achievement was when he guided the Malawi Under 18 National team to a Dana Cup title in Denmark and a third finish at the Gonthia Cup in Sweden during the team’s European tour in 1997.

The same year he led the Malawi Under 20 National team to a bronze medal at the COSAFA Under 20 Youth Championship in Botswana.

In 1998 the same squad qualified for their maiden and to-date only appearance at the 1999 CAF AFCON Under 20 tournament that was held in Ghana.

Before he left in 2000, he led the foundation for the Under 17 national team that went on to win the COSAFA Under 17 Championship in 2001.

Former Flames captain Peter Mponda, who was part of the Dana Cup winning team and captained the U20 in Ghana said Hoener played a big role in laying the foundation for the team that qualified for AFCON 2010.

“Most of the players who played in those 2010 qualifiers like myself, Essau Kanyenda, Moses Chavula, Swadik Sanudi, Robert Ng’ambi, Jimmy Zakazaka, Fischer Kondowe, Peter Mgangira, Allan Kamanga, Dan and Clement Kafwafwa worked with Horner at Junior national teams as well as Junior Leagues between 1997 and 2000. He instilled that dream and mentality that made us develop into that formidable side. He demanded a lot on the pitch while outside he was a father figure, “said Mponda.

Former Flames striker Dan Chitsulo wrote on his facebook page thanking Hoener for facilitating his move to German Bundesliga side FC Cologne in 2000.

“I am really shocked. I am where I am now because of this man. All I can say is thank you Manfred,” said Chitsulo, who is still based in Germany.

“He was action oriented and taught us a lot on fundamentals of youth football development. He was so strict on being organized and always wanted to succeed and win,” said Kaputa.