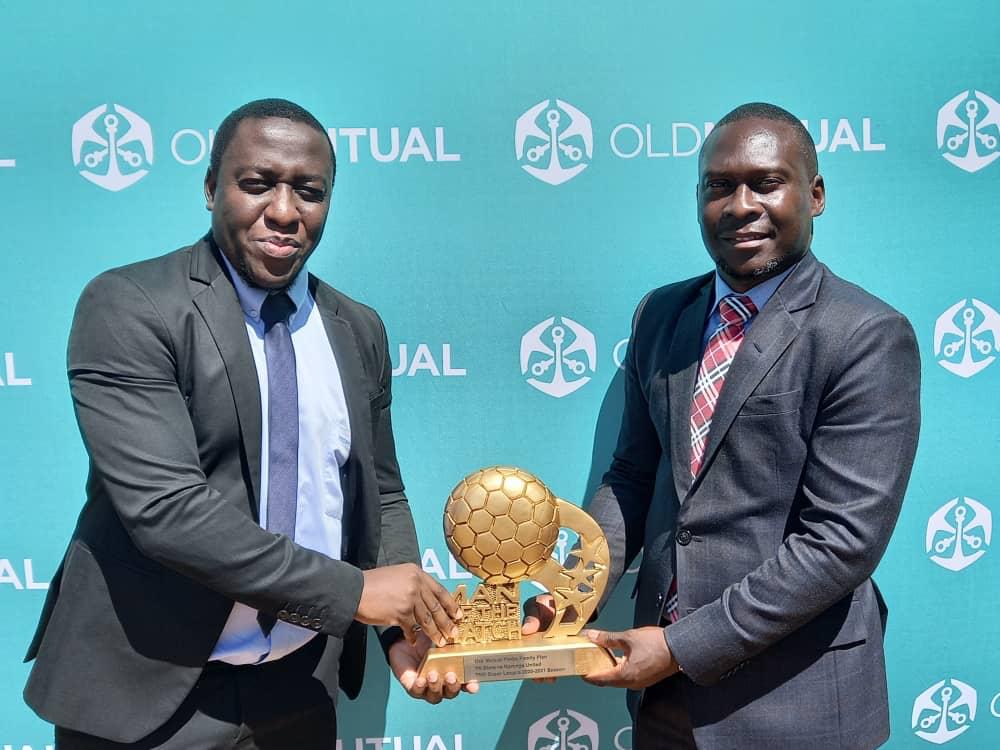 Super League of Malawi has clinched a deal with Old Mutual Life Insurance Company for the sponsorship of TNM Super League Man of the Match, Player of the week and player of the month awards for the remainder of the 2020-2021 season.

Sulom and Old Mutual sealed the deal on Wednesday morning at the League’s offices in Chilomoni.

The Insurance Company Managing director Roy Pungwe said: “We saw an opportunity for a win-win situation for us as sponsors, players, Sulom as well as the football fans. These awards have not been there for this season and we are very sure that awarding the players is a motivation to perform well because they will be fighting to win the award.

” This also creates an anticipation and excitement for the fans because they will be participating in voting for the Player of the Week and Player of the Month awardees and have an opportunity to win cash prizes amounting to ten Thousand Kwacha.”

Punungwe added that Old Mutual will, apart from the financial sponsorship ,equip players with financial management trainings to help them save for life after football.

“Through our Old Mutual Timba Family Plan sponsorship, we will additionally conduct Financial Education trainings to Football Players to equip them with the knowledge which will help them to be saving for their future. Football is a short-term career and we want to take part in training football players to make sure they plan for their future,” he said.

Super league of Malawi President Tiya Somba Banda said he is delighted with the agreement as it falls within SULOM’s plans to uplift the players’ welfare and encourage competitiveness in the league.

“Football is a competitive game and we need competitive players and officials for it to grow. We are very grateful to Old Mutual for coming in to sponsor star players and we believe that this partnership will harness a high performance and competitive culture among teams and players.

“Covid-19 has hit a lot of industries with football being among them as we are playing without fans. This means that teams that rely on get collections have been hit hard in as far as financial motivation to the players is concerned. So the coming in of the awards through Old Mutual will help alleviate the stress that teams are going through as well as motivate players to work hard,” said Somba Banda.

The sponsorship will see the Man of the Match for every Super League game going out with locally produced Miniatures while Player of the Week and Player of the Month will be getting K50, 000 and K200, 000 respectively.