Mwase to feature all players against Ethiopia 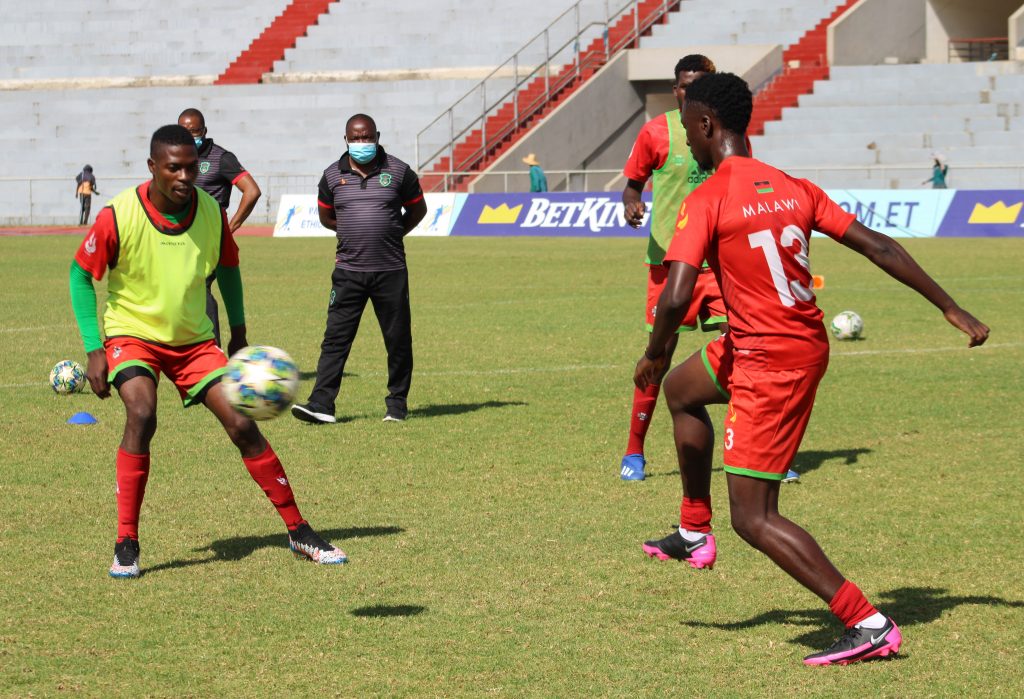 Flames Coach Meck Mwase says he will give all the 19 players a run during Wednesday’s international friendly match against Ethiopia.

The Flames line up against Ethiopia at the Bar Dar Stadium on Wednesday afternoon in preparation for the two 2022 AFCON qualifying matches against South Sudan and Uganda later this month.

The squad in Ethiopia comprises of 16 locally-based and 3 foreign players namely Ethiopia based Robin Ngalande and Mozambique duo of captain John Banda and Schumacher Kuwali.

Speaking after the team’s training session at the match venue on Tuesday afternoon, Mwase said he would like to assess every player and hence the decision to see all in action.

“We have settled very well and the morale is good. The pitch is good the only concern is the weather, as it is very hot. But that will work to our advantage for the boys to acclimatize as the same weather awaits us in Khartoum next week.

“We are expecting a win and a very good game. A victory will lift the boys spirits going into Sudan match. We are going to use every player so that we see who is ready to do the job next week,” he said.

On Ngalande, who has joined the team for the first time since November 2019, Mwase said: “He is doing good at his club and this is why we picked him. He has not been with us for a year but we believe he deserves to be here if his current club form is anything to go by. So far he looks happy to be back and fight for his place.”

The rest of the of the foreign-based players will fly directly to Sudan.

The Flames will play South Sudan away on March 24, before hosting Uganda’ Cranes on Monday, March 29 at the Kamuzu Stadium.

Below is the full squad for the Ethiopia Match: