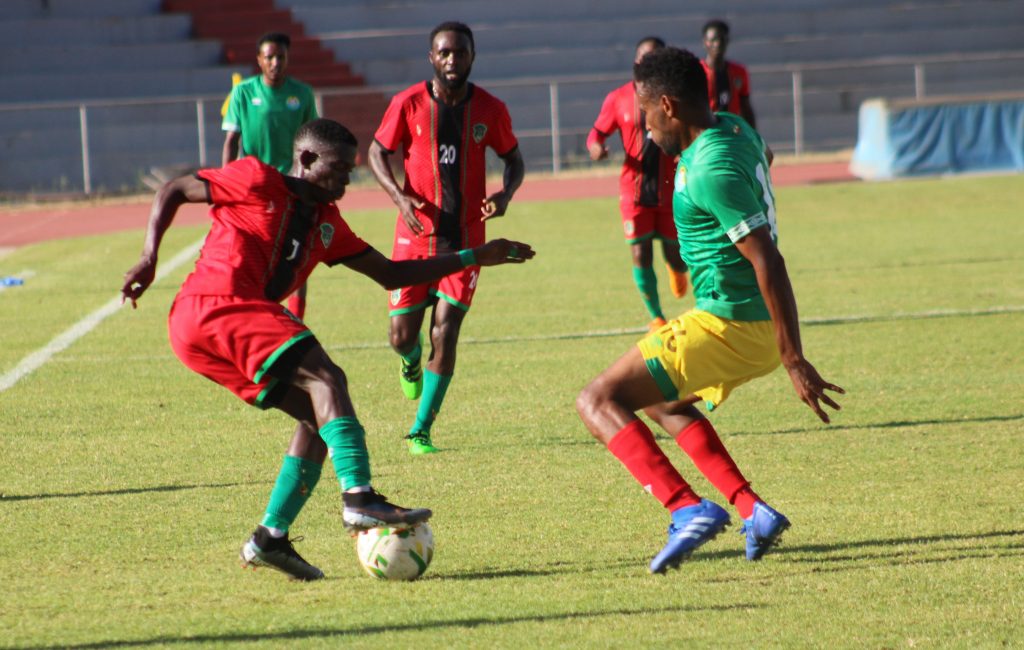 Flames lost 4-0 to Ethiopia in an international friendly match played at the Bahir Dar stadium on Wednesday afternoon.

The hosts were in total control of the match scoring two goals in each half.

The Flames, who fielded a first 11 of local based players, struggled to match their opponents and coach Meck Mwase blamed it on lack of match fitness as the locals have stayed for two months without playing active football due to COVID-19.

The hosts scored the opener in the 16th minute through Mesut Muhammad, who finished with a simple tap-in to beat Ernest Kakhobwe after being put through by Gefame Kadebe.

They doubled the lead at the stroke of half time in similar fashion as the opener with Kadebe this time around finishing a pass from the left.

However, things did not change as Ethiopia scored the third six minutes after the break through Surafel Dagnachew, who scored with an outside foot shot from the edge of the box.

They made it four in the 71st minute courtesy of an Abubaker Nasil solo effort as he run from the centre circle to slot in under the advancing Thole.

Mwase said the friendly match has just exposed how the local players have been affected by the two months idleness.

“This is a true picture of our boys which we wanted to look at in this match. It has shown that we still have more job to do if we are to compete against Sudan and Uganda.

“We are still behind in terms of match fitness due to idleness of local players. We have five more days to prepare before facing Sudan so we have to work hard. The good thing is we have nine more foreign players who are joining us for the Sudan trip.

“I am disappointed with the result because it is the worst I have got in my two years on the job. But we will work hard to change things when the other group joins us,” said Mwase.

The Flames will play South Sudan away on March 24, before hosting Uganda’s Cranes on Monday, March 29 at the Kamuzu Stadium.

The team will remain in Bahir Dar until Sunday March 22 when it will fly to Sudan where the rest of the of the foreign players will join the squad.