Motsepe in historic visit to Malawi 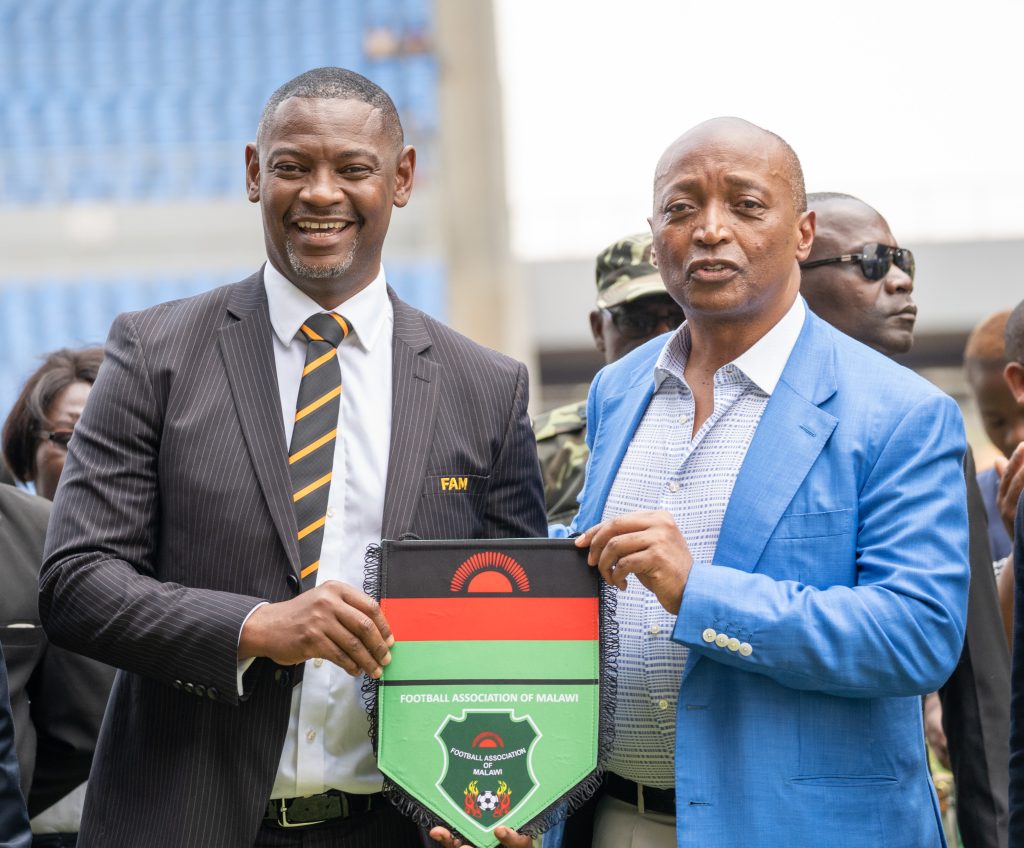 Confederation of African Football (CAF) president Patrice Motsepe marked his historic visit to Malawi by revealing that his father was fond of the country.

Motsepe was in the country for the opening of the inaugural CAF Schools Championship Cosafa Qualifiers at Bingu Stadium in Lilongwe.

He said: “Malawi is home. There is a deep history. We are all one people.

Remember, if you study our history of Africans, we are bantu nation.

“A lot of words originate from Malawi, we have the same words in South Africa.

Same words in Zambia, Botswana, Mozambique. So I am very proud to be home. I was so saying my father loved Malawi immensely and its a beautiful experience being here.

The business mogul said the competition which he had launched was going to have a huge impact on schools football development.

He explained: “We are confident that the sponsoring schools football is going to have a huge impact on not just youth football but schools on the African continent.

“It’s going to make African football world class. Improving quality of football starting from schools is part of our plan, in the medium to long term in order to have nations from Africa, competing at the highest level and winning.

“We will see the benefits of this huge partnership, and huge investment that CAF is making in schools football in Africa.”

Motsepe said most of Africa’s top clubs were a product of schools football.

“In Africa, many of the top football players, were first identified at schools. In order to succeed at schools level, many of our school level, our kids are going to start playing at age six, seven, eight years old.

“We need to get the teachers involved as well. Train some of the teachers to become coaches. Look at rugby in South Africa. They have won the Rugby World Cup three times. At the heart of that is rugby at schools level.

“We are confident that some of these young boys and girls who are playing in this tournament will become some of the best football players in the world.”

During the visit, Motsepe was accompanied by Minister of You and Sports Richard Chimwendo Banda,  FAM president Walter Nyamilandu and COSAFA president.

In his remarks,  Nyamilandu said FAM was honoured to host the CAF president for the first time and the schools competition which Motsepe is sponsoring through Motsepe Foundation.

He said: “We are honoured to host the inaugural Africa Zonal Schools Football Competition which acts as a test for the forthcoming Regional 5 Games. This presents us with a wonderful opportunity to showcase our culture and our magnificent site.

“Schools football is the future of the game  and we are delighted with the window of opportunity that has arisen. We applaud the CAF President for not only coming up with this project but for also pumping in significant sums of money into the schools.”

He added: “We are very grateful for the Strategic partnership with the Ministry of Education and we look forward to growing the relationship from strength to strength,” he said.

On his part, Chimwendo Banda said said government is committed to promoting sports in the country as  witnessed in hosting of the schools championships well as the Region 5 Games.

He said: “Today is historical because we hosted the CAF president for the first tine. Secondly, he came with good news on the investment in football, particularly in schools.

The tournament is being used as a dress rehearsal for Region 5 games Malawi will host in December.