Malawi’s out of Beach Soccer Afcon 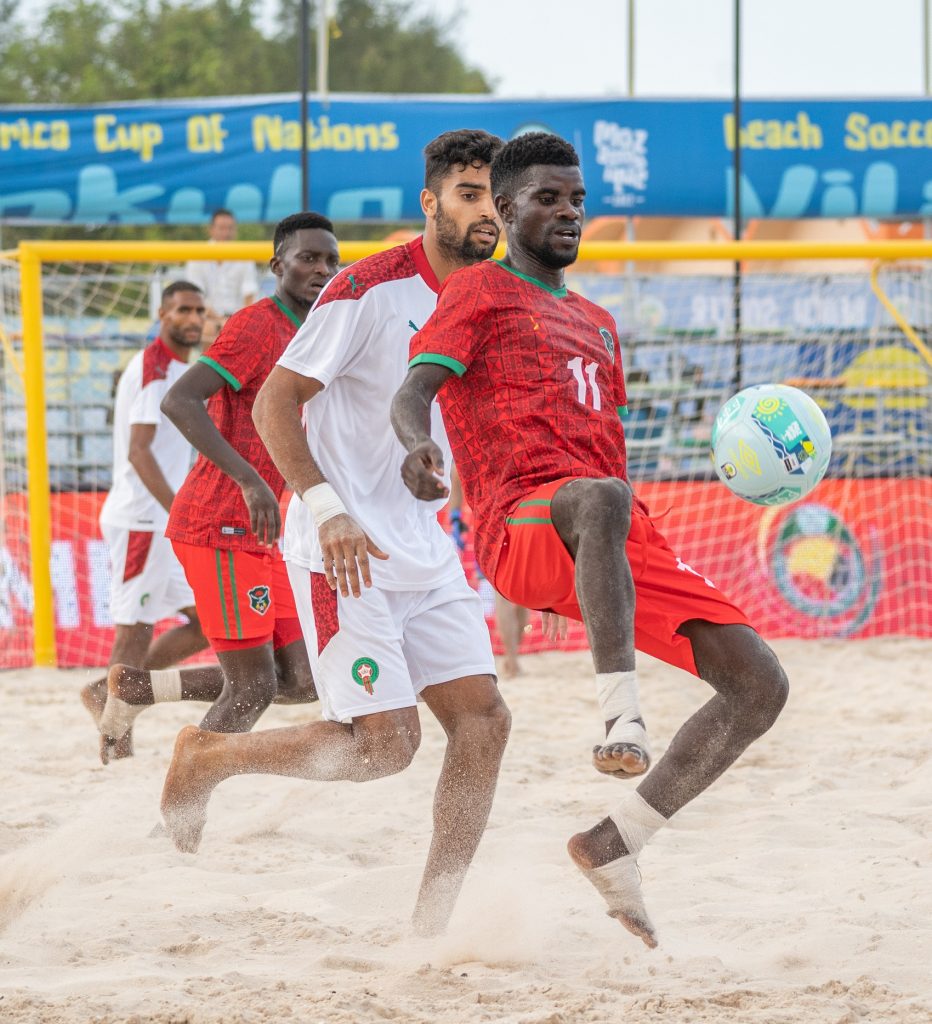 The Malawi National Beach Soccer team have bowed out of the  Beach Soccer Afcon knockout stage following a 3-7 loss to Morocco on Monday afternoon.

This was a must win match for Malawi to qualify for Semifinals after losing their opening match 4-2 to Mozambique.

However, Morocco had an upper hand over the debutants as Ibrahim Abagli found the back of the net just second into the match before Ourariry added one more three minutes later.

Mohamed Ghailani scored the third goal for Morocco at 9 minutes making it 3-0 as the teams went for first period recess.

In the second period, Malawi looked more composed as Sandram Saddi pulled on back at minutes, but Morocco added two more goals through Ibrahim and Anouar.

Sandram Saddi scored a brace for Malawi with the other goal coming from substitute Dala Simba.

With two games played in the group stages, Malawi have conceded  eleven goals scoring five times and are third in group A.

Coach Willy Kumilambe admitted that the stage was too big for Malawi as debutants.

“It was a tough game, but my boys have tried their best. Being the least ranked among the team, we could have conceded more goals, but we managed to control the games well and scored goals though we have lost all the group stage matches.

“Everybody expects to win in such tournaments and but unfortunately the stage looked so big for us, we fought, and we have learnt big lessons from the games that we have played and watched so far,” he said.

Malawi will on Wednesday play  Uganda for the 5th and 6th position  classification.