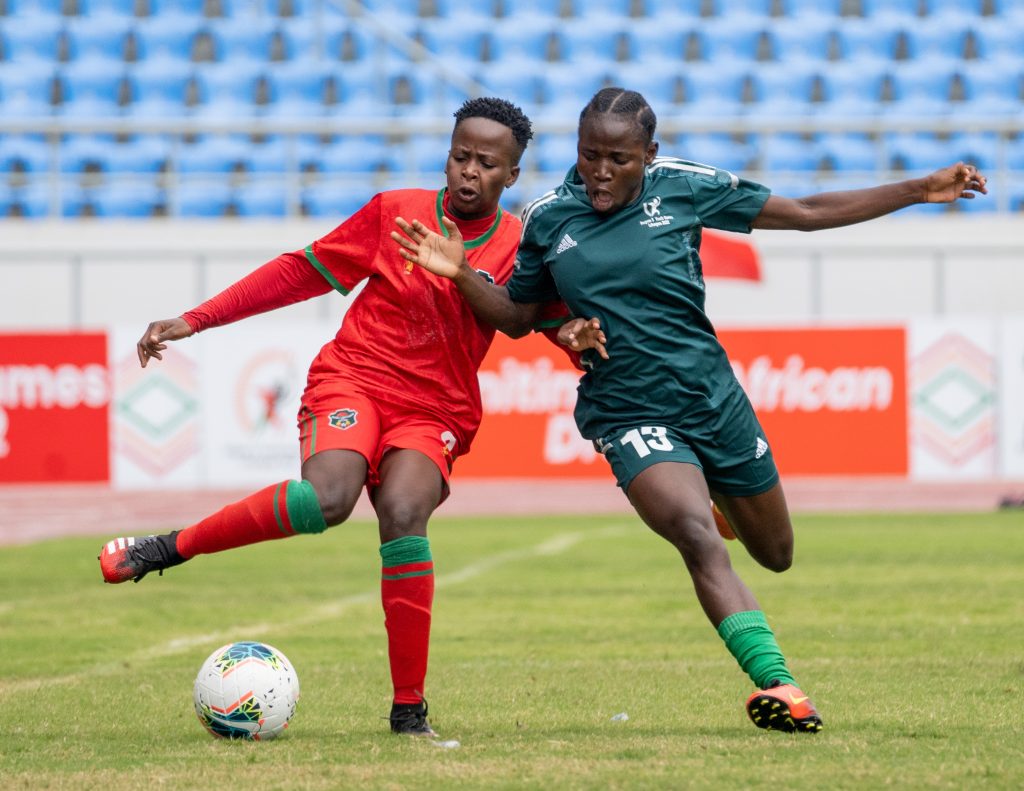 Malawi Under 17 Girls National team on Wednesday afternoon put up a gallant fight to drew 2 all with Zambia in regulation time only to lose 3-1 in the post-match penalties of a COSAFA Under 17 Girls Championship semifinal.

The Trevour Kajawa side showed strong character as they twice came from behind to force a draw against the defending champions.

Rose Kabzere was Malawi’s triumph-card once again as she claimed a brace and her second player of the match award.

The Copper Princesses were 1-0 up as early as two minutes into the match through a Jessy Zulu’s spot kick which was awarded  following a handball by defender Mercy Wasi.

The early goal destabilised Malawi’s game plan as the girls looked to be under pressure failing to make right decisions in the final third.

Kabzere brought the game level six minutes into the second half only for Zambia to restore their one goal cushion at 62 minutes. Poor communication between defenders and the goalkeeper gifted Zangose Zulu an easy goal for Zambia’s second.

However, Malawi kept pilling pressure and were on back on level terms at 75 minutes when Kabzere finished with a cool low shot from the right side of the penalty box.

With scores at 2-2 after regulation time the match went straight into penalty shoot-outs to decide the winner.

Zambia scored three of their four penalties through Jessy Zulu, Zangose Zulu and Bwalya Chileshe while Theresa Musatila’s penalty was saved by goalkeeper Shakira Austin. Kabzere was the only one who converted for Malawi as Faith Chinzimu and Leticia Chinyamula’s penalties hit the cross bar while Linda Manda’s was saved.

Kajawa was at pains after the loss but praised his girls for the gallant fight against Zambia.

“It is very painful to lose in post-match penalties, but I am glad that we gave Zambia a tough test because everybody thought it will be a walk over.

“I thank the girls for the good show today and even though we had no confidence in taking the spot kicks, penalties are unpredictable. If we keep these girls, we are going to have a strong national team,” he said.

Zambia will face the winner between South Africa and Botswana in the final while Malawi will meet the loser in the third-place play-off.