Jnr Flames through to COSAFA Semifinals 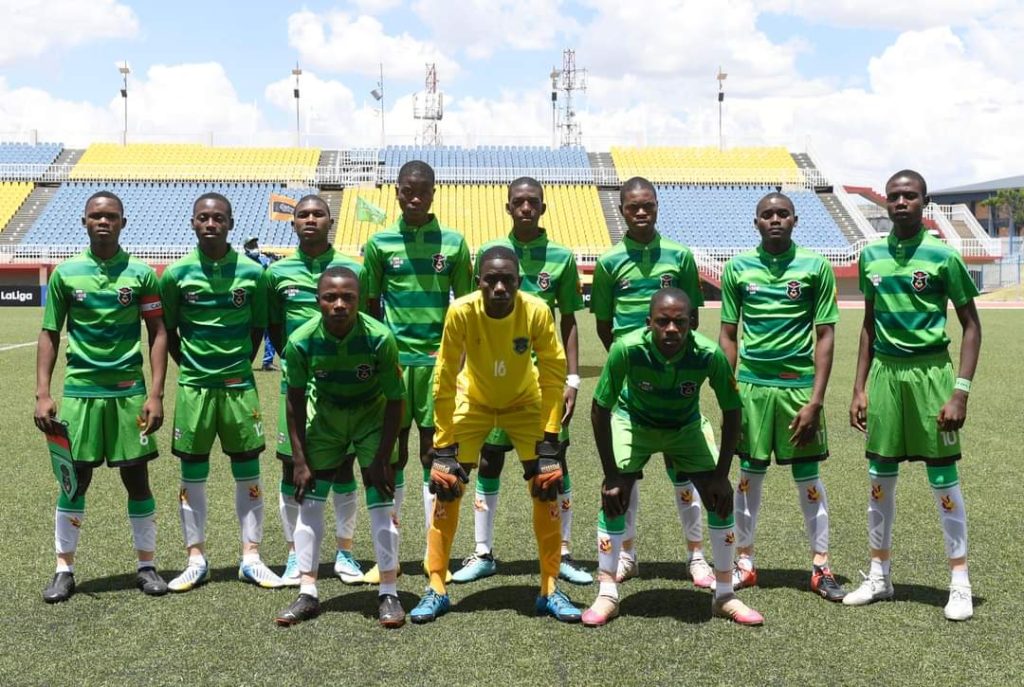 Malawi Under 17 National Football Team are through to the COSAFA Under 17 Semifinals despite losing 4-2 to Angola.

Malawi finished ahead of Botswana on goals scored after both teams had a single point and -2 goal-difference. But the fact that Malawi had scored three goals in the pool stages and Botswana only one saw them advance.

Malawi will face Group A winners Zambia in the last four while Angola are awaiting one of Lesotho or Eswatini.

The frenetic first half saw Angola lead 3-2 at the break, after they were handed the lead thanks to a 35-yard free-kick from Ariclene Antonio, though Malawi goalkeeper Alex Dzimbiri will feel he should have done better.

A brace from Malawi’s Masambiro Kalua turned the game on its head though as the Young Flames took the lead, only for Denilson Mkokissa to equalise with a header to make the score 2-2 after 24 minutes.

Joao Brito, so excellent throughout for Angola, put his side ahead after latching onto a through-ball, and the points were sealed when Simao Pedro added a fourth for the Angolans.