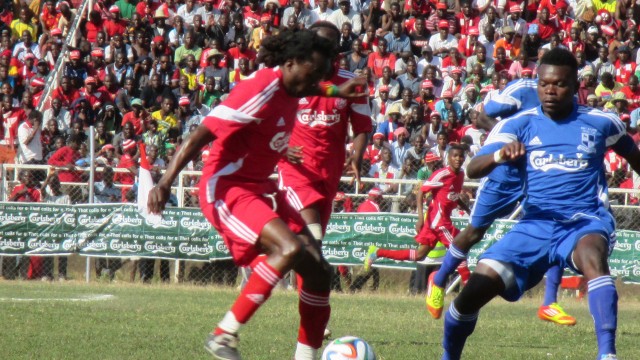 The Blantyre derby is scheduled to kick-off at 230pm and the setting is Kamuzu Stadium in Blantyre.

The latest derby has created so much hype following the two giants’ impressive start to the season.

Bullets, who are the defending champions, top the table with 23 points from 11 games, just two ahead of the Nomads, who however, have a game in hand.

The two teams were also unbeaten going into the 10th week last weekend, but the Nomads slipped up after going down 0-2 to Silver Strikers.

On the other hand, the People’s Team has maintained its unbeaten run which gets a stern test on Saturday.

The centre of focus in the latest clash will be coach Elia Kananji, who after leading Bullets to a double last season, crossed the floor to Lali Lubani Road for a new lease of life.

The double included the winning the league title after almost a decade in the wilderness.

Kananji also led Bullets to a double over their rivals in a league matches.

Interestingly, Kananji said it will be payback time for Bullets this time around.

“It will be a tough match considering the pride that comes with this fixture. Added to that, Bullets will be out to maintain their grip at the top and we cannot afford to lose two consecutive games.

“We also believe it is time to avenge the defeats we suffered at the hands of Bullets last season,” said Kananji.

He also played down the absence of his hitman Muhamad Sulumba and Jimmy Zakazaka who are away in South Africa and Botswana respectively for trials.

“We would have loved to have them, but it could also be a blessing in disguise in that those that will be selected to fill their boots, will be out to prove a point,” said Kananji.

The Nomads will look up to Jabulani Linje who is fast developing into their talisman.

“Wanderers are coming from a loss and they definitely cannot afford another loss, they will fight like wounded buffaloes. But we are ready and all our players are fit. We just want to urge the officiating personnel to take a firm line,” said Nkhwazi.

In the Lilongwe derby, Civo who anchor the log table with three points from eight games, go into this match with their backs to the wall.

But Civo’s coach Oscar Kaunda has said his charges will punch beyond their weight to get a result against their capital city rivals.

“Yes, we have had a bad run so far, but Sunday’s game in a must-win for us,” said Kaunda who is most likely to bank his hopes on Nelson Kangunje and John Lanjesi.

However, Silver coach Stein Chirwa said his team will show no mercy on the civil servants.

“We feel sorry for Silver, but we cannot afford to play soft on them. We need to win this match so us to stay in touch with the top two teams,” he said.

Silver will look up to Green Harawa, Tizgobere Kumwenda and Victor Limbani.