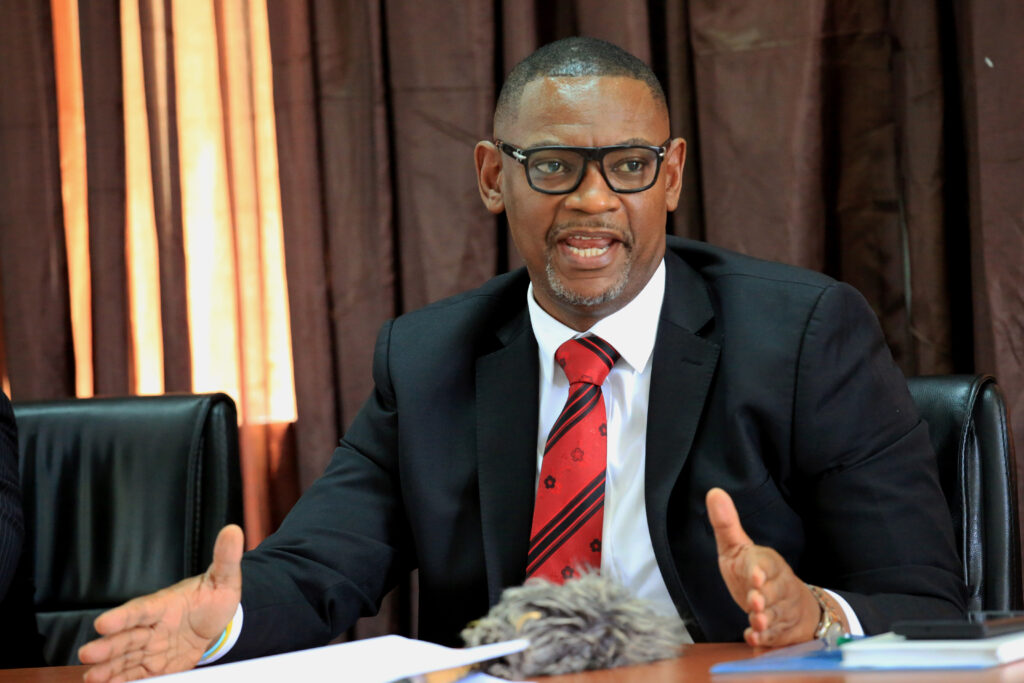 Football Association of Malawi (FAM) has for the year 2023 and beyond taken a different budgeting approach which will see most of its resources being channeled  towards technical development of the game from grassroots, through youth programmes, the regional leagues and the elite leagues for both men’s and women’s football.

Unveiling the association’s vision in the last year of the “Raising the Bar”  manifesto yesterday at Mpira Village in Chiwembe, Blantyre, FAM president Walter Nyamilandu said in October 2022, the FAM Finance and Administration Committee in liaison with FAM management, kick started the process by scrutinising the development plans from different subcommittees, costing the plans and allocated resources.

He said: “The Committee then presented the draft budget plan to our Member Associations and FAM Executive during a Budget Consultative and Executive meetings respectively in December where revisions were made followed by a provisional approval of the budget pending official approval at the Annual General meeting later in the year.”

“The Talent Development Scheme (TDS) will ensure we identity potential Under 17 football talented players to be placed in three development centres (Blantyre, Lilongwe and Mzuzu) for nurturing and grooming.

“The Under 14, 16 and 19 Leagues will ensure we establish a sustainable defined player development pathway while the Football for Schools will make football more accessible to both boys and girls and bring more kids into the game.

“All this will ensure we start producing quality future players for National Teams. We will engage and build capacity of Player Scouting Volunteers  at district level to ensure we have a structured way of identifying  and nurturing talent.”

“We will enhance our project to broaden our scouting of talent in the rural and urban areas by increasing the sponsorship for districts league from K60 million to K90 million (50% increase) which translate to K3 million per district from K2 million.”

As one way of fulfilling its Strategic Intentions of making our Elite League attractive which includes Empowering SULOM to Accelerate Professionalism of Malawi Football and Elite League Value Repositioning, FAM has introduced a K100 million sponsorship for the Super League.

This is in addition to the K34 million Medical Aid for football players which FAM already provides.

Nyamilandu said: “This money is over and above the League sponsorship. A Special Task force headed by First Vice President Justice Jabbar Alide with Chimango Munthali, Sulom President and the three Regional Associations Chairpersons as Members will come up with guidelines on how these funds should be distributed and accessed.

“Just like FAM accesses its funding from FIFA in a regulated manner, strict comply and access control measures will be put in place for these funds so that the intended objective to develop the game is achieved.”

Regional leagues on the other hand, have been allocated an annual K75 million subvention, to be split equally to each of the three Regional Associations Premier Leagues.

“Just like the Super League, FAM noted the need to augment the sponsorship for Regional Leagues. Our target is to improve the quality of administering the leagues and the performance of promoted teams in the Super League,” the FAM president explained.

In order to build the capacity for coaches, FAM has allocated K60 million for coach education in 2023.Among the expected courses are three CAF C Courses aimed at bringing the gap between the number of CAF B coaches and CAF C coaches which will enable us organise CAF B courses every year going forward.

We will also hold a customized Digital coaching course for Super League CoachesReferees have been also allocated K60 million for trainings to ensure continued improvement in match officiation.

To ensure improved infrastructure, FAM has allocated K350 million for Luwinga Project phase four which will see the construction of two playing fields and furniture for the building to end lack of adequate infrastructure in the region.

FAM also has a commitment of USD500,000 from FIFA Foundation for the rehabilitation of the Nsanje Community Centre Ground.In total, the association has pegged expenditure budget at K5 billion and revenue budget at K4.7 billion with FIFA Forward and Malawi government grants as major source of revenue.

FIFA is rolling out another four-year financial assistance programme to member Associations after the expiry of the forward 2.0 programme on 31st December 2022.

The new cycle of the FIFA Forward 3.0 programme will run from 1st January 2023 to 31st December 2026 and covers the following three strategic areas.

FAM is also entitled to USD250,000 and USD 50,000 per annum for a period of four years covering National teams international travel costs and football equipment respectively.