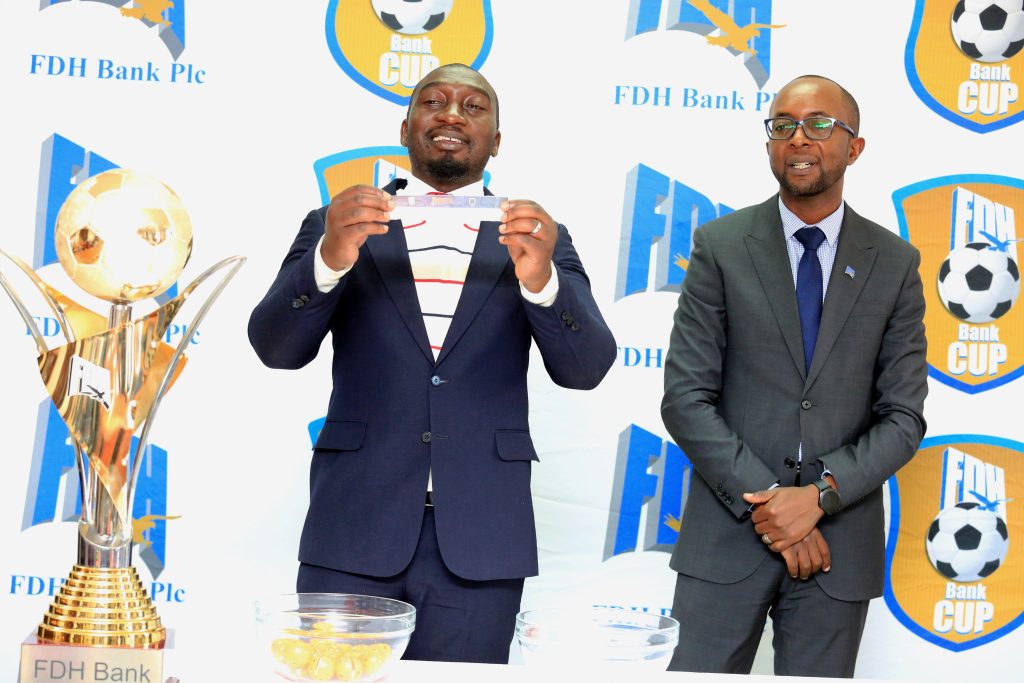 Exciting matches awaits in the FDH Bank Cup Round of 32 of with three all Super League teams clashes topping the chart.

Sable Farming will host Nyasa Big Bullets in match number five of the Round of 32 while Dedza Dynamos will face Silver Strikers in match six.

Rumphi United and Blue Eagles FC will face each other in the last all-super-league encounter. This

Other interesting matches that came out during the draw include the Karonga Derby which will invve Karonga United and the Northern Region League side Iponga FC and an all-soldiers Zomba Derby involving Red Lions and Zomba Airbase.

Speaking after the draw which was conducted at Mpira Village in Blantyre on Thursday morning, FAM General Secretary Alfred Gunda said the association is looking forward to an exciting round of 32.

“The competition is becoming stiffer and more exciting as we go into the round of 32 and we have fixtures that will draw attention for Malawians.

“As organisers, we are looking forward to good football as well as high quality competition and we will do our level best to make sure that all aspects of the game from match coordination and officiation are well organised.

“Apart from unearthing talent, the 2022 competition is giving us an opportunity to prepare for CHAN as our coaches will have a chance to scout best local based players who will take part in the competition,” said Gunda

FDH Bank Head of Marketing and Communications Levie Nkunika said the bank is happy that the competition is helping in exposing regional talent at national level.

“With the fixtures, we have no doubt that our goal of exposing local talent to the country will be achieved as we have seen regional teams being paired with Super league teams and even with fellow regional teams from other regions,” said Nkunika.

According to Nkunika, each of the 16 regional teams that have qualified for the national phase will get a set of playing kit, K500,000 starter-pack money and two match balls.

The round of 32 matches are scheduled to start next weekend.

Below is the full draw: