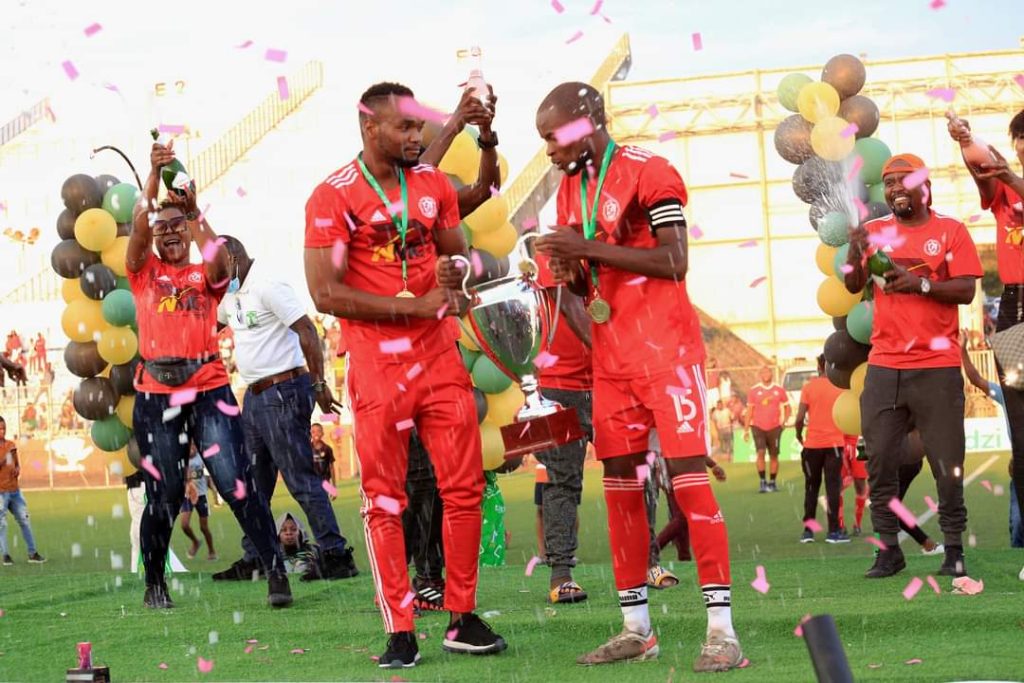 The defending champions needed just a draw to take the battle for the championship beyond closest contenders Blue Eagles.

But they left nothing to chance and collected maximum points through goals from man of the match Lanjesi Nkhoma’s brace and full back Gomezgani Chirwa while Moyale’s consolation came from captain Lloyd Njaliwa.

The win takes Bullets to an insurmountable 67 points, two above Eagles the maximum haul of 65 if they win their remaining two games.

The last match between the two sides in the FDH Bank Cup ended 3-3 in regulation time after Moyale came from behind to force a draw and Bullets went through 5-4 on post-match penalties.

Nkhoma buried the opener from a left-back Precious Sambani assist before Chirwa doubled the lead in the 30th minute with a looping ball past Moyale goalkeeper McDonald Harawa who left his line to meet the rampaging full back.

Bullets added the third soon after recess, as Nkhoma completed a brace in the 50th minute.

Ernest Petro won a midfield duel and unleashed Chimwemwe Idana who played in Nkhoma to finish the job.

The goal must have inspired Moyale that they can do a repeat of the FDH Bank Cup encounter.

The soldiers now played as a unit interlocking some neat passes to force Bullets in their half.

Njaliwa should have netted the second but his header bounced off the bar with Nkungula out of sorts.

And so it ended with Moyale pressing but Bullets, well aware of their past mistakes, soaking it up until referee Mayamiko Kanjere blew the last whistle to confirm Bullets as the 2022 TNM Super League champions with two games to spare.

Bullets coach Kallisto Pasuwa, was all smiles after sealing the fourth consecutive title and said it all boiled down to proper planning.

He said: “It’s all about planning. If you plan well you win games. As Bullets, we planned on how we were to approach each and every game. We have been rotating all the 30 players we registered. Every player we signed had a chance to play.”

The Zimbabwean said he did not put pressure on the players going into Saturday’s game.

Pasuwa added: “Sometimes when you put so much pressure on the players they make mistakes.”