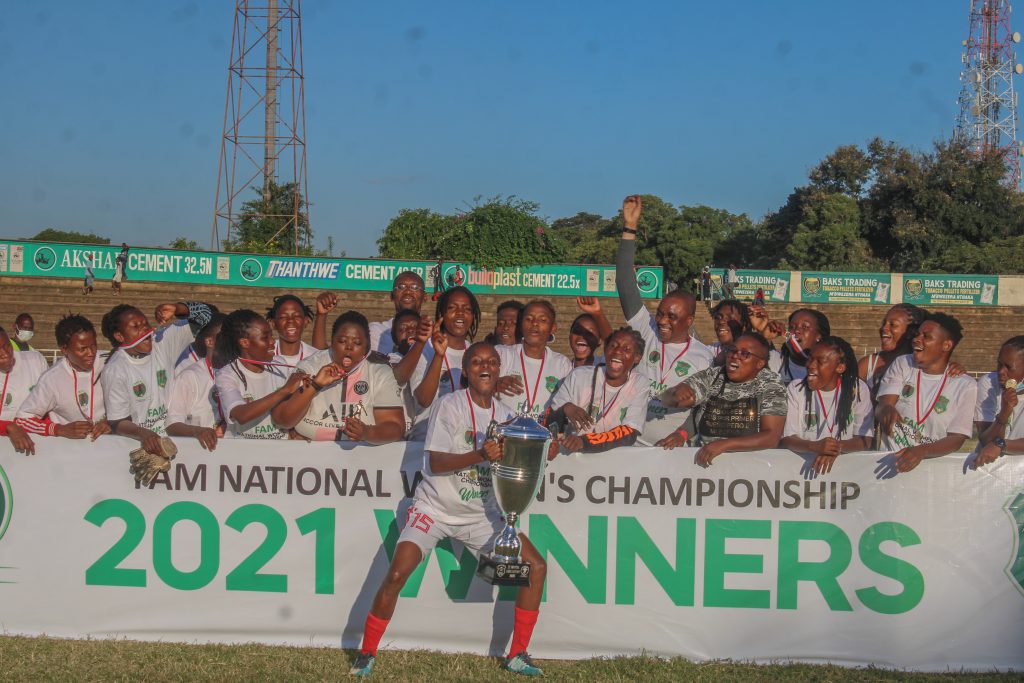 From the word go, Zero played with a purpose and dominated the match, with Zainab Kapanda, Emily Jossam, Mary Chabvinda on top of their game.

Sunshine did not come to the party and they were second on the ball for the better part of the game.

Chabvinda, who netted a brace, broke the deadlock after 12 minutes with a neat finish, beating goalkeeper Ruth Mhango.

Limbikani Chikupira sealed the victory from the penalty spot towards the end of the match whereas substitute Gladys Banda scored Sunshine’s face saver.

The two teams went for recess with Zero having a 2-0 lead.

After pep talk, Sunshine came a changed side and created chances, with Banda pulling a goal back in the second half.

Sunshine pressed hard for the equaliser but it never came.

After the final whistle, Zero turned Civo Stadium into a theatre of celebrations but Sunshine were crest-fallen as some players tumbled to the surface.

Zero Assistant Coach Charles Lubani was over the moon.

“We came here for revenge. We had a good game plan and the players showed great character,” he said.

“We did not play well in the second half. After we conceded two goals, we were playing under pressure and it was difficult for us to come back into the game,” Chikhosi said.

For winning the championship, Zero got K3 million plus a trophy whereas Sunshine received K1.5 million.

Skippers finished third after beating Ascent Soccer 2-1 in an early kickoff at the same venue.

Linda Kasenda grabbed a brace before Catherine Gaudi scored the consolation for Ascent.

Skippers pocketed K750,000 whereas Ascent got K500,000. Vitumbiko Mkandawire of CY Sisters finished as the top goalscorer with 11 goals.