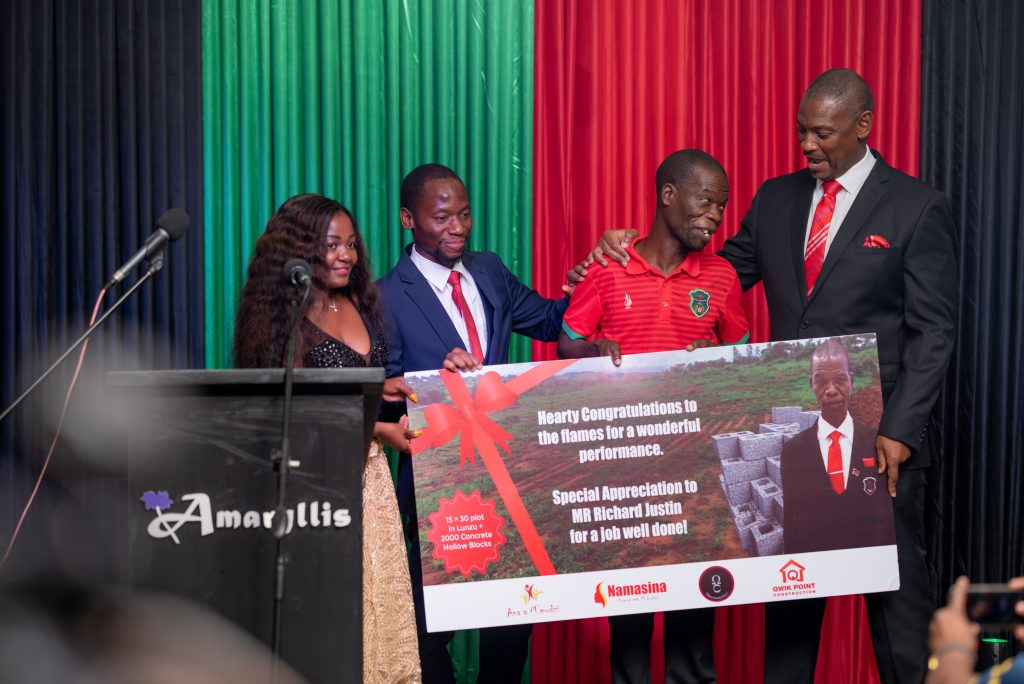 A number of companies and organisations on Friday showered Flames’ equipment manager Richard Justin Zawazawa aka Dinho with various materials worth over K3 million.

That was in addition to Tecno Camon-18i smartphone plus 40gb Internet bundle from mobile communication company Airtel Malawi plc.

Ana a M’mudzi director Fatima Nkata, a US-based former television personality and Quick Point Construction managing director Christian Chikalimba said they thought of assisting the 47-year-old for his noble service to the national football team at the ongoing African Cup of Nations (Afcon) finals in Cameroon.

“We would have loved to give a little something to everyone in the team, but we particularly chose to bless Dinho because of the vital work he does in the background and he remains an unsung hero that needs to be celebrated in a special way,” said Nkata in a telephone interview.

Chikalimba said what they seek as a company is “to impact and bring about positive social change in the lives of ordinary people in our local communities everyday”.

On his part, Zawazawa appreciated the assistance, saying it will go a long way in alleviating some of the struggles he faces in life.

The BCA resident in Blantyre, who is married and has five children, attributed his luck to the “demeaning” comments on the social media, where he was referred to as a “witchdoctor” that provided the Flames with charms at the continental showpiece.

“I know these people tried to poke fun at me. However, I was not worried because I knew that while they thought they were despising me, they were actually giving me the blessings. I am really grateful for this,” he said.

Zawazawa said he started working as a cleaner at the Football Association of Malawi  in 2007 before being trusted with the current job with the Flames last year and he is proud of his work.