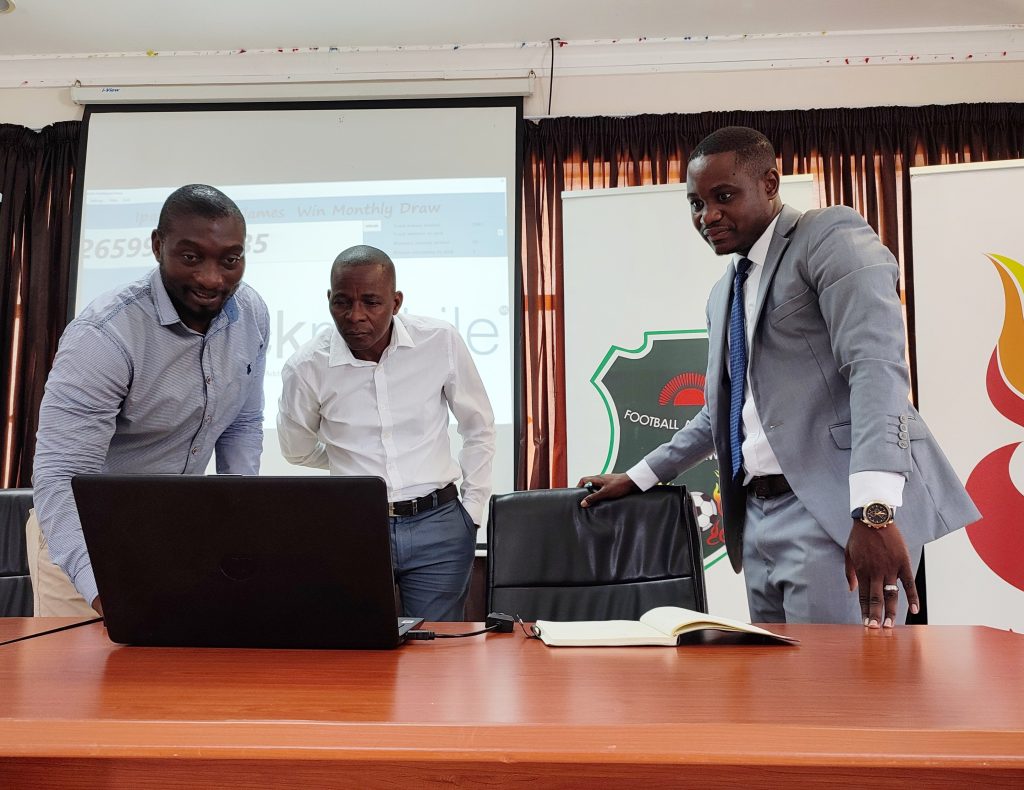 The Flames Afcon Resource mobilisation taskforce has on Thursday morning given away the first three deep freezers in the ‘Ipatse Moto Flames and Win’ monthly draw conducted at Mpira Village in Blantyre.

This was the first monthly draw as the taskforce has for the past four weeks been conducting weekly raffle draws which saw 20 people winning Flames replica Jerseys.

Speaking during the raffle draw, FAM General Secretary Alfred Gunda said the association is pleased with the response that Malawians have given to the initiative.

“The response from Malawians is very encouraging because at first we had few entries but after people started winning the Flames replica Jerseys in the weekly draws, we have seen an increase in the number of entries.

“Some were even skeptical if this is a real initiative or not because there are so many fraudsters who are stealing from Malawians in the name of competitions but the messages from winners have boosted people’s trust in this initiative.

“We would like to encourage Malawians to continue supporting the Flames in their quest to participate at Afcon and stand a chance to win a Jersey, deep freezer or the grand prize Toyota Sienta,” said Gunda.

Reacting to the news, one of the winners Dues Chikaonda, who is acting Station Manager at Dwangwa MRA office, said he is happy to be one of the winners and will encourage more people to help the Flames in their Afcon participation .

“I have been sending the money towards the Ipatse Moto Flames and win because I love the team but I never thought of winning anything.

“This is a plus to me and I am very happy. I will continue supporting the Flames and will encourage my friends to join the initiative and support our national team,” said Chikaonda.

In the initiative, individuals have a chance to donate a minimum of K50 to the Flames by dialing *3089# using both TNM and Airtel networks and they are eligible to enter the draw when their donation has accumulated to K250 or more.

Five people win Flames replica Jerseys every week followed by while three 210 Litres Deep Freezers re given out every month. The initiative’s grand prize is a Toyota Sienta which will be given to one lucky winner on December 30.

Apart from the ‘Ipatse Moto Flames and Win’ initiative, the Flames Afcon Resource Mobilisation Taskforce also had other activities to help raise funds for the Flames Afcon participation including the fundraising golf tournament and the VVIP Fundraising Dinner hosted by the State President Dr Lazarus McCathy  Chakwera at Kamuzu Palace last Saturday.