Still In It Malawi 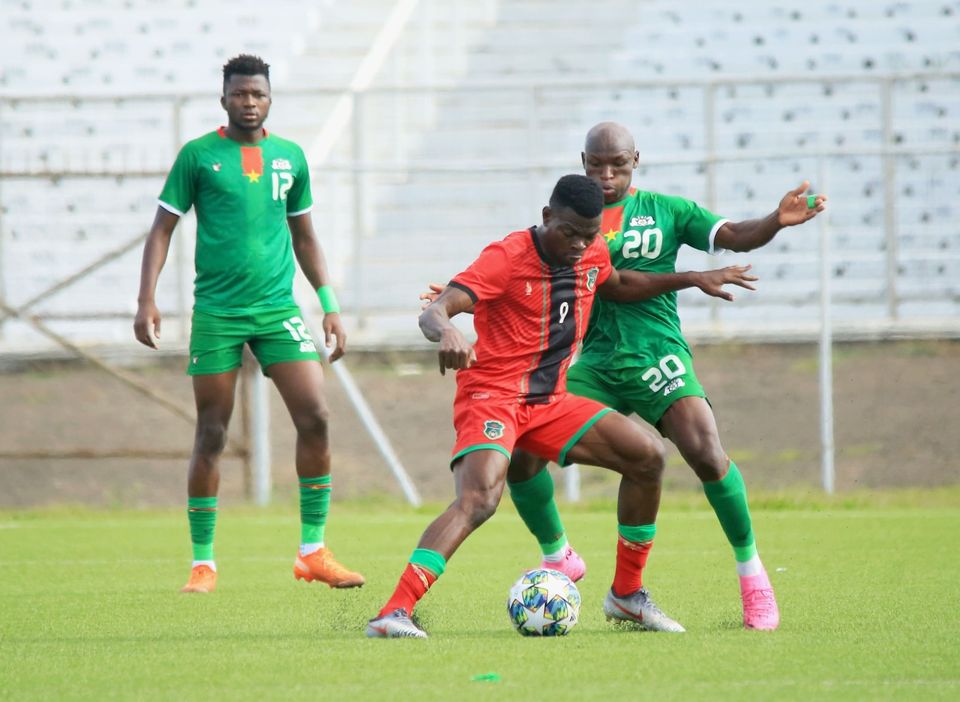 Malawi on Monday played a goalless draw against Burkina Faso in an action packed 2022 African Cup of Nations (Afcon) qualifier at Kamuzu Stadium in Blantyre.

After losing 3-1 in Ouagadougou on Thursday last week, Mwase made six changes to the starting line up.

Charles Petro was featured as a holding midfielder with Nyasulu and Sambani operating on the wings while captain John CJ Banda and Gerald Phiri Jnr were deployed in central midfield.

Hassan Kajoke and Peter Banda partnered Richard Mbulu, who was used as the lone striker in attack.

He returned five minutes later to try a close range shot inside the box which the goalkeeper saved for a corner.

Later, a long range shot from Sambani missed the upright by whisker as Malawi pressed for a goal.

Malawi were also denied a penalty after Mbulu was brought down in the box and instead the referee from Djibouti Souleiman Ahmed Djamal showed the Baroka FC striker a yellow card just before half time.

He also brought in Rafiq Namwela for Nixon Nyasulu while Petro was also pulled out due to a shoulder injury and replaced by Chimwemwe Idana.

Bertrand had an opportunity to help his team collect maximum points when he beat the entire Malawi defence only to be stopped in his tracks by Kakhobwe.

Mbulu should have wrapped up the day with a superb finish but he was brought down again by the goalkeeper as the ball was cleared for a corner which eventually was the last action of the match.

South Sudan is at the bottom of the table with three points.

Malawi’s last two qualifiers are away to South Sudan and at home against Uganda.

Mwase said despite the draw, Malawi can still qualify for Cameroon finals.

” It was a great game for both teams. It’s just unfortunate that we failed to score regardless of the number of chances that we have had but the boys had a good game than the one we played away.

“What we need now is good preparation to win the remaining two games with South Sudan and Uganda. If only we can win our remaining two qualifiers anything can happen,” he said.

Bertrand Traore bemoaned his team failure to get goals in a balanced match.