Scorchers out of Afcon Qualifiers 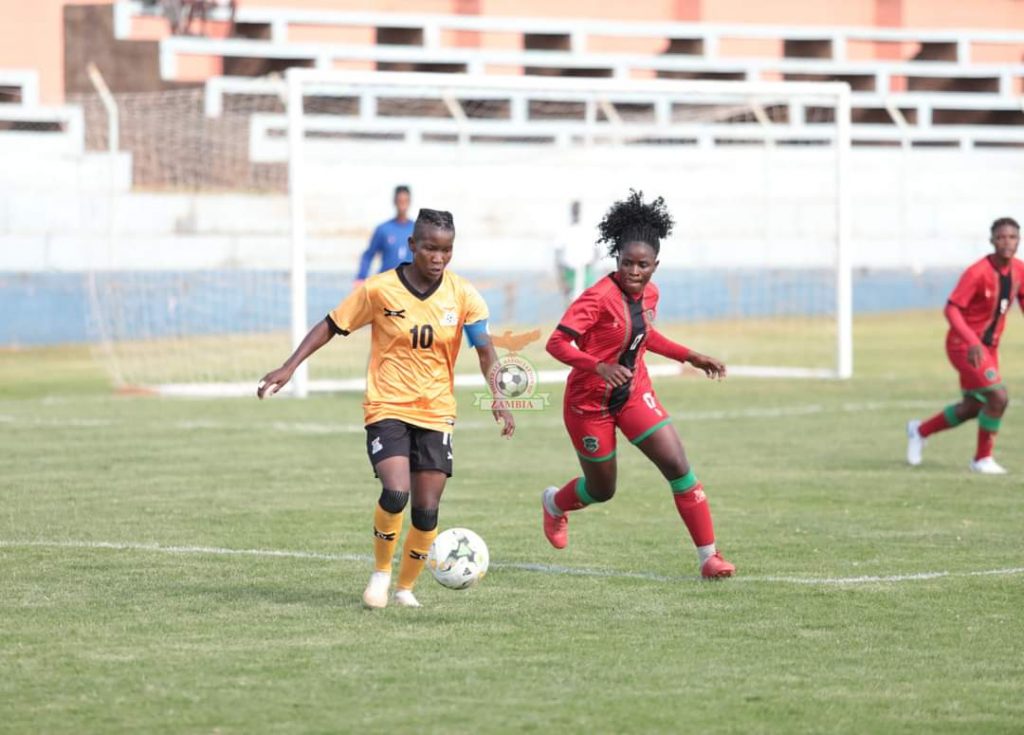 The Malawi National women’s team have bowed out of the 2022 Morocco TotalErnegies Women’s Africa Cup of Nations qualifies following a 3-2 loss to Zambia at Nkokoma Stadium on Tuesday afternoon.

Rachael Kundananji’s brace and a Lushomo Mweemba’s goal were enough to see the Copper Queens through to the competition’s second round as Asimenye Simwaka and Wezzie Mvula strikes were not enough for Malawi.

Zambia progress 4-3 on aggregate following a 1all draw in the first leg at the Bingu National Stadium in Lilongwe last week.

The Scorchers started the game on a higher note, with a much improved performance from last week’s encounter where the team struggled to match their neighbours.

Malawi utilised the left side through Asimenye Simwaka who kept on giving tough time to the Zambian defence and her efforts paid off when she scored the opener at nine minutes.

Rachael Kundanaji equalised at 25 minutes  after defender Chimwemwe Madise failed to clear the ball before claiming a brace four minutes before recess.

Wezzie Mvula brought Malawi level at 71 minutes giving the Scorchers hope of winning the tie on away goals rule.

Zambia will meet Namibia, who defeated Tanzania 5-3 on aggregate, in the scond round matches scheduled for February next year.