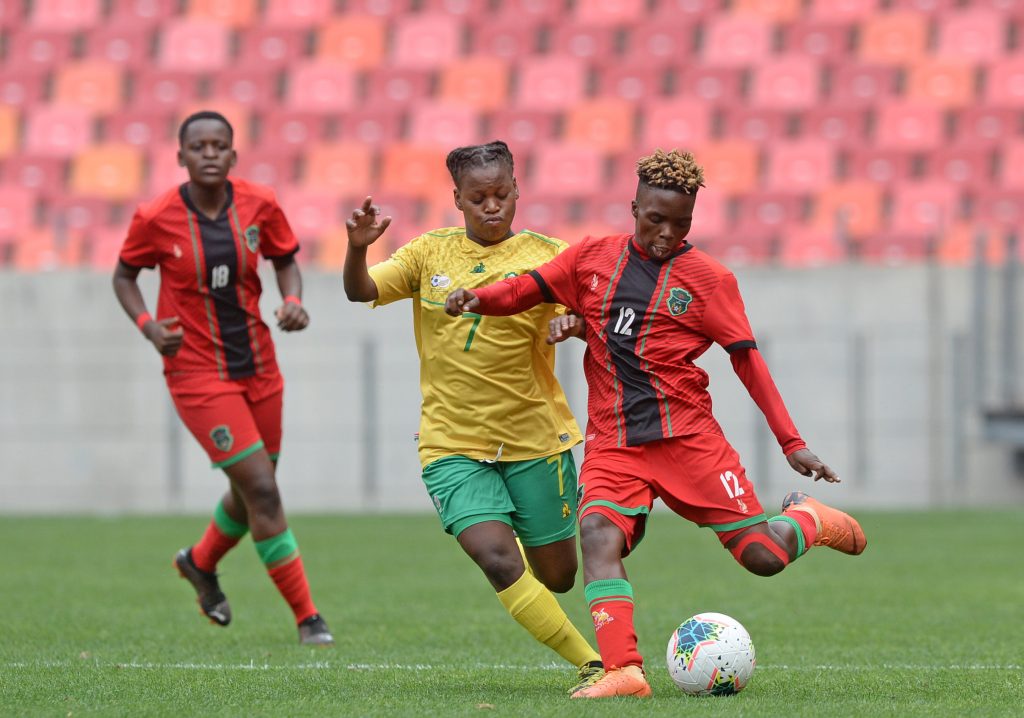 A miscommunication between goalkeeper Samir Amidu and her defenders costed Malawi as South Africa’s Melinda Kgadiete found the back of the net aa ealy as three minutes into the match.

The Scorchers had a chance to level matters a few minutes later through Fazila Chembekezo but her header from Asimenye Simwaka’s pass went beside the post.

Caretaker Coaches Andrew Chikhosi and McNelbert Kazuwa trusted the services of two debutants, Fazila Chembekezo and Ireen Khumalo with the later having a good match at the back.

Chembekezo was substituted for another debutant, Carolyne Mathyola in the 79th minute while Khumalo gave an assit to Wezzie Mvula for Malawi’s consolation goal just a minute before the final whistle.

Kazuwa said the girls gave a good fight but made mistakes at the back that costed the team.

“We gave our best to get something out of this match but we failed. We gave away the two goals cheaply due to poor communication at the back. But all in all we gave South Africa a tough run today.

“We know we are at the bottom of the log with the loss but we are going to put in more energy to win the two remaining games,” said Kazuwa.

The Scorchers anchor Group A with no point after Angola and Mozambique drew 2 all in the early kickoff.