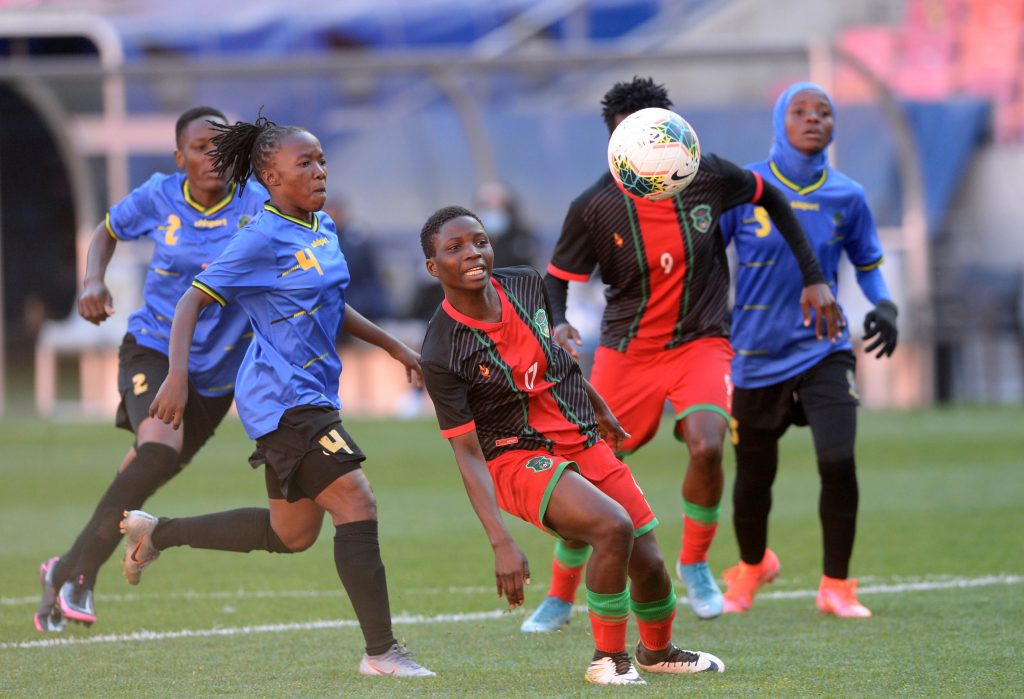 The Malawi national women’s team have finished as runners up at the 2021 COSAFA Women’s Championship after losing 1-0 to East African visiting team Tanzania in the final on Saturday afternoon.

The Scorchers started the match on a higher note but Fazila Chembekezo, Sabina Thom and Asimenye Simwaka battled to make an impact against the organised Tanzanians.

Tanzania’s Omary Shurua, Stumai Athuman, Opa Tukumbuke as well as captain Amina Bilali on the other side kept on giving pressure to the Malawian defenders.

The first half ended goalless.

Athuman had the ball in the back in the 55th minute but it was ruled out for an offside.

The decisive moment in the decider came on 64 minutes when Enekia Lunyamila followed up a long-range shot that was spilled and fired into the empty net.

The Scorchers kept on searching for an equaliser but to no avail as the Tanzanians jealously guarded their lead.

Coach McNelbert Kazuwa hailed his team for putting up a good fight though he said they would have done better to utilise their chances.

“It was a good game. We really wanted to be champions but we failed to utilise the chances that we got. Our friends on the other hand had a chance and made use of it.

“However, there has been a great improvement on our side this year because we have never been in the final. It is a great achievement to us so we are going to come for gold medal next year,” said Kazuwa.

The Scorchers will leave South Africa on Monday and are expected to go straight into camp as they are prepare for a 2022 Africa Women Cup of Nations Qualifier against Zambia later this month.