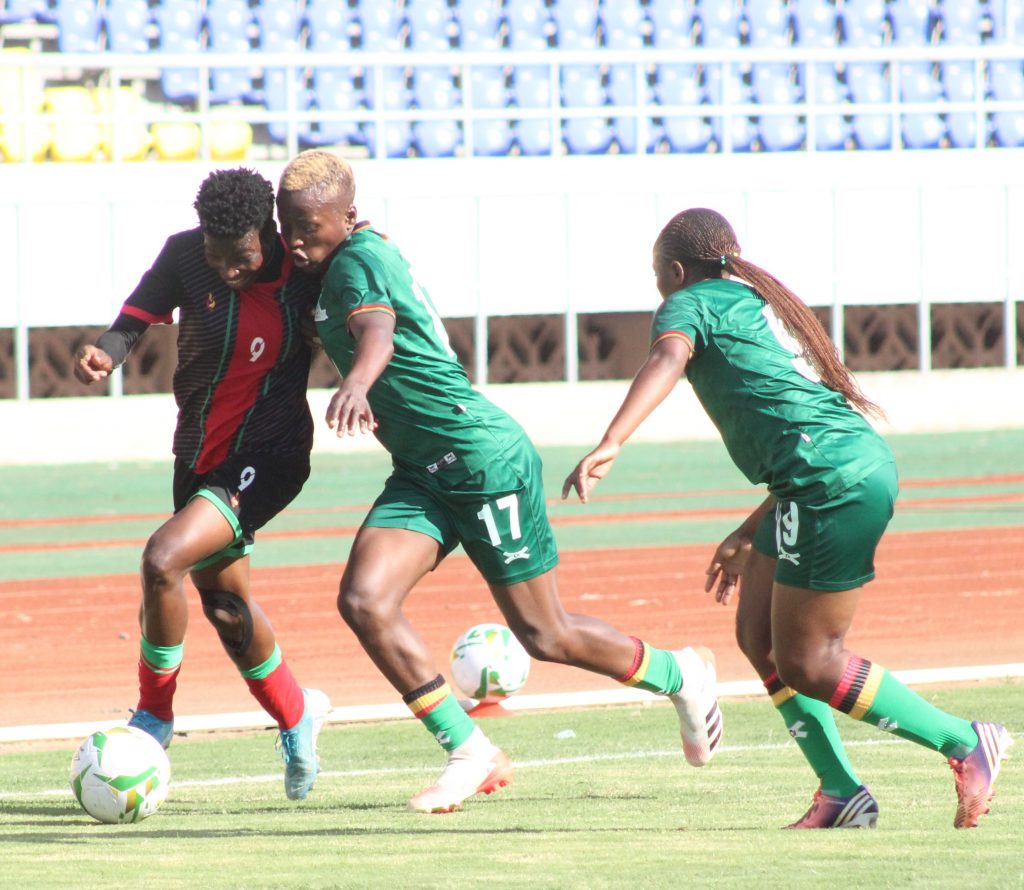 Zambia took control of the first half and won a penalty just 5 minutes into the match after a handball in the box but Margaret Belemu’s spotkick went wide.

The Brice Mwape’s side kept on pressurising the Scorchers and Grace Chanda finally broke the deadlock at 21 minutes when she lobbed over the advancing Scorchers keeper Ruth Mhango from outside the box.

The Scorchers came back a different side in the second half as they searched for an equaliser.

The visitors re-organised themselves and created more scoring opportunities to regain their lead but were frustrated by keeper Mhango, who had a fantastic second half .

One-all it ended and Scorchers Coach McNelbert Kazuwa expressed his disappointment with a draw at home .

“We lost control in the first half because we were loose in the midfield and we’re not creative enough in the box. At half time, we talked to our girls not to give up but press harder and they did exactly that hence the equaliser.

“We had a number of chances in the second half and if we had utilised them, we could have scored more goals.

Zambia will host Malawi at Nkoloma Stadium in the second leg on Tuesday October 26.

January 19, 2023
PrevPreviousScorchers return to AFCON Qualifiers after nine years
NextScorchers ready for an upset in LusakaNext