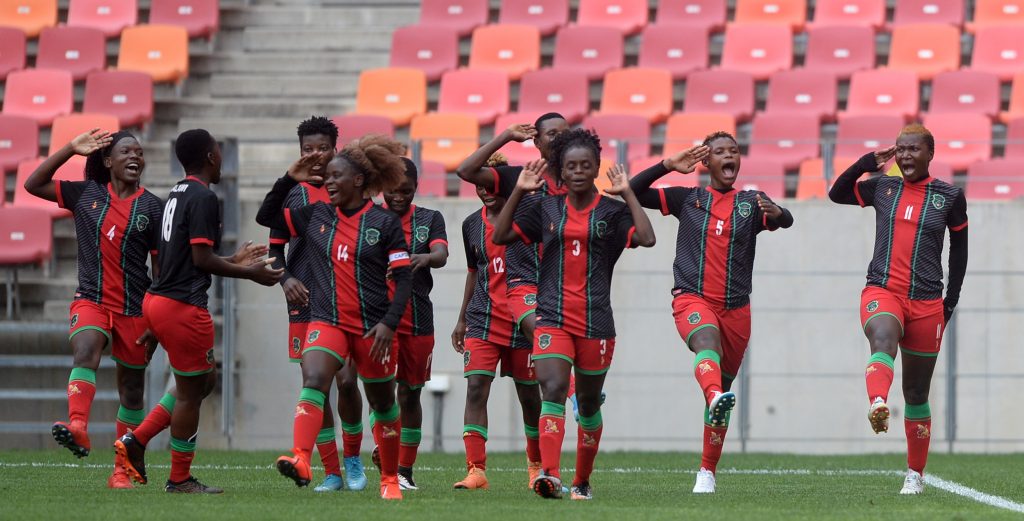 Sabinah Thom scored a brace of goals as Malawi made history with a 3-2 victory over hosts and holders South Africa to secure a first ever place in the final of the 2021 COSAFA Women’s Championships, where they will face Tanzania on Saturday.

This was Malawi’s first win over South Africa who have failed to make the decider of the Southern African championship for the first time.

Saturday’s decider is likely to be an epic contest and gives Malawi the chance to claim a first piece of regional silverware, though they come up against CECAFA champions Tanzania, who edged Zambia on penalties earlier in the day.

Malawi led three times in their semifinal before finally seeing off the defending champions, hitting the front on 38 minutes as Fazila Chembekezo headed into the net.

The home side managed to equalise before the break though as Sibulele Holweni scored a stunner, shooting into the top corner from 30-yards.

South Africa struggled at the back all game and Malawi took advantage as Thom scored her first having been given far too much space inside the box.

But the home side levelled again 10 minutes from time when Holweni converted a penalty, and in doing so moved to four goals for the competition and top of the scorers charts. .

Malawi would not be denied though and after another defensive calamity at the back, Thom scored her second with an expert finish.

Coach McNelbert Kazuwa was proud of his girls after the match.

“We really wanted this. We lost in the opener but this time around we said we are going to come back and surprise  Banyana Banyana  and the girls gave it all.

“We wanted to be the first on the ball and be the first to score because we knew South Africa will come hard on us since they wanted to defend the championship and I congratulate the girls for using every instruction that we gave them.

“Going forward to the final match, we have watched Tanzania play and know where to get them so I am sure the girls won’t disappoint come Saturday,” said Kazuwa.