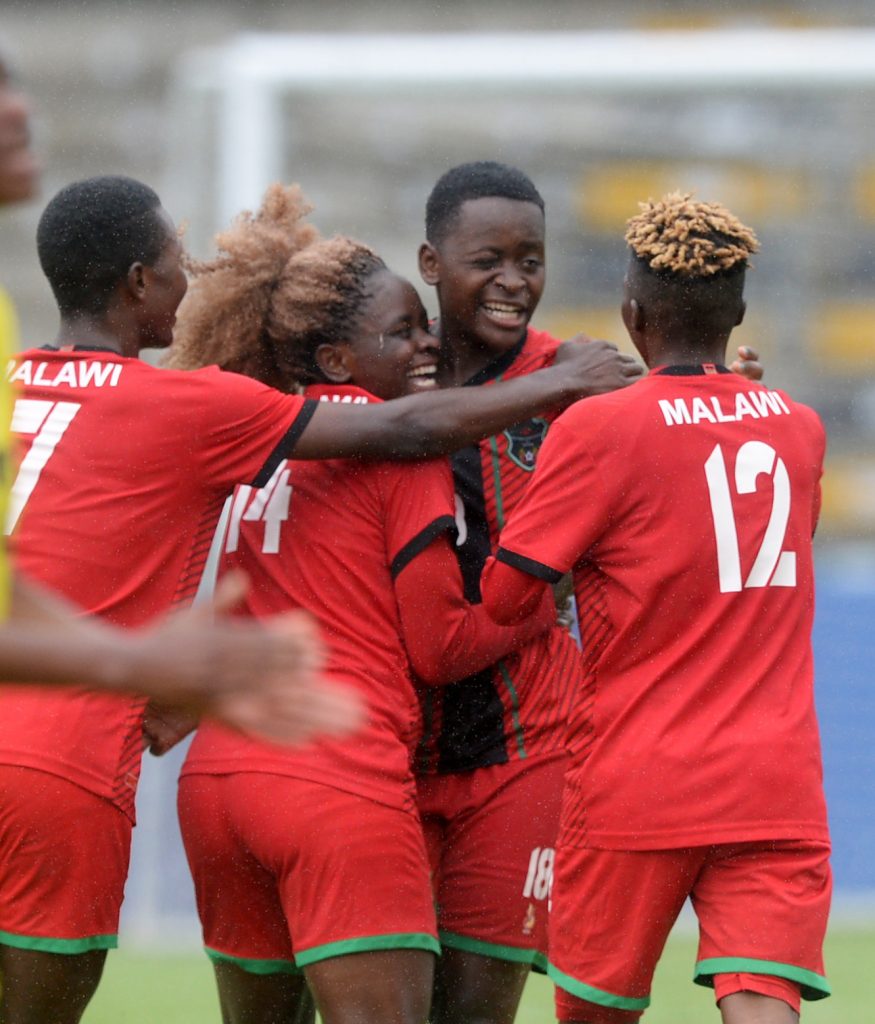 South Africa top Group following their 3-1 win over Mozambique followed by Malawi on six, with the Scorchers very much in the running as the best-placed runner-up.

Malawi’s six points and +2 goal-difference puts them ahead of second-placed Zimbabwe (six points, +1) in Group B, though they must wait to see what happens in tomorrow’s final Group C game between Zambia and Uganda before their semifinal place in confirmed.

Malawi controlled the game from the first minute and had a lot of scoring chances in the first half but were unlucky not to find the back of the net.

Ireen Khumalo hit the cross bar twice from free kicks while Limbikani Chikupira and Asimenye Simwaka’s attempts were off target as the first half ended goalless.

Chikupira opened the scoreline at 69 minutes after beating goalkeeper Sandrina Antonio before Captain Nguluwe scored the second 9 minutes before the final whistle to the excitement of their Coach MacNelbert Kazuwa.

“We really wanted this win and from the first minute, we fought hard  to claim  the victory so the girls have made me proud.

“We have been making mistakes in our first two game but after a review of the matches, we made sure that we correct those mistakes and told our girls the importance of winning this match hence the fighting spirit the they showed today.

“As a coach, I am really happy with the character that the girls have showed in the three games that we have played so far and we keep our fingers crossed for a place in the Semi-finals as we wait for Group C matches tomorrow, said Kazuwa.

Zambia and Uganda will face off in a winner-takes-all contest for top spot in Group C on Tuesday. The match kicks off at the Nelson Mandela Bay Stadium at 15h30 CAT.

Zambia currently have six points and Uganda four, so a draw would suit the Copper Queens and see them though, and at the same time qualify Malawi for the semifinals.

But a win for Uganda would leave that runner-up place open, though Zambia would still be in pole position to qualify with their healthy +8 goal-difference at present. They would need to lose by seven goals to fall below Malawi in the best runner-up running.