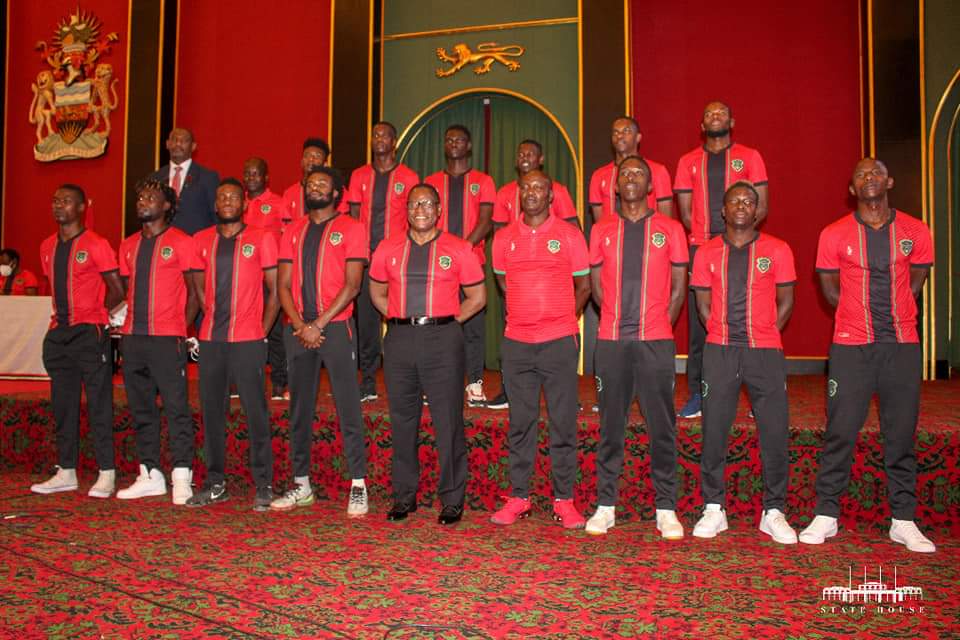 His Excellency the state President Dr Lazarus Chakwera has challenged the Malawi Men’s Senior National Football team to aim higher and scale new heights at the Africa Cup of Nations finals in Cameroun next year.

Dr Chakwera made the remarks when he hosted the Flames at the Kamuzu Palace in Lilongwe on Thursday afternoon following the team’s qualification for the AFCON on Monday.

He said the Flames have been to AFCON before and this time they should aim going further.

“It’s not about celebrating for just qualifying. We have been there before. It’s not just a win or scoring, we have done that before. Aim higher and aim to go further. So, it is not enough to just participate, aim for something that has never happened before.

“People had no faith in us. We were being treated as underdogs for a long time. But what our opponents didn’t know is that it’s not about the size of the dog but the fight in the dog. Now that we have again qualified, we should not rest on our laurels but aim for the main thing. We have shown that we are achievers and we can do it,” he said.

Speaking on behalf of the players, captain John Banda expressed gratitude to the President for hosting them.

“We thank you for hosting us. This win is a gift to you. As players, we are facing so many challenges, and we would be very grateful if you help us.

“We are requesting that we should be allocated houses or land and also make available special loans for national team players. We also want our bonuses to be increased. And some of us are officers in Security agencies and we want to be promoted,” he said.

FAM President Walter Nyamilandu Manda thanked government for its support which has enabled the team to qualify.

He said FAM is confident government will continue to support the Flames in upcoming assignments and appealed for the Flames to have own funding bill from parliament.

“We expect your continued support as we look forward to start preparations for the AFCON finals as well as the 2022 World Cup qualifiers which will start in June. For the AFCON FAM will need about K575 million to prepare and participate in the actual tournament. We will also need about K621 million to fulfil our World Cup Qualifiers.

“However, we would like to request for a change in the Flames funding strategy to allow for direct funding from the Parliament vote allocation which shall ensure that activities and programs of the national team are undertaken without interruptions,” said Nyamilandu.

Minister of Sports Ulemu Msungama thanked companies like FDH, Rab Processors and Masm that supported the Flames during the campaign and urged others to come on board and assist the team as it starts preparations for AFCON.

The Flames beat Uganda 1-0 at the Kamuzu Stadium on Monday to secure their third AFCON qualification following their two appearances in 2020 and 1984. 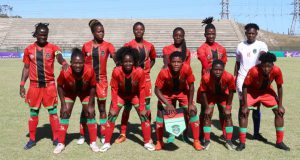 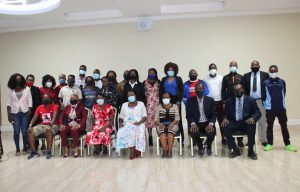