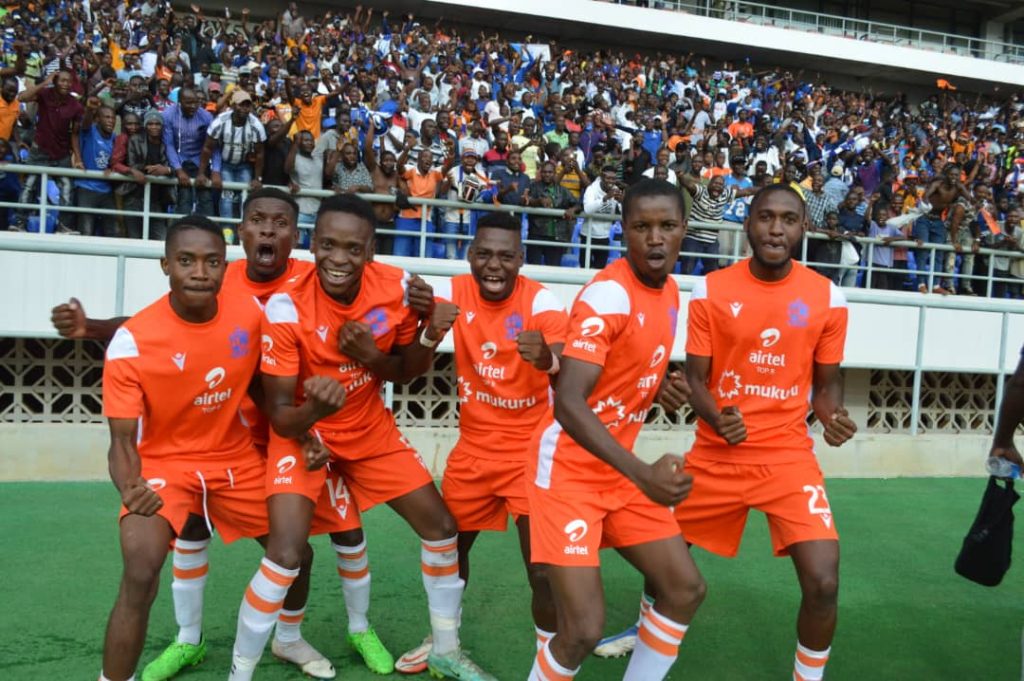 Might Mukuru Wanderers are the 2022 Airtel Top 8 champions after triumphing over rivals Nyasa Big Bullets 5-3 in post match penalties at Bingu National Stadium in Lilongwe.

The result was a befitting one for the Nomads, who dominated their rivals in every department.

The Nomads, who before the Saturday final had not beaten Bullets in a cup competition in four years, went into the match as underdogs, having also lost 4-0 in the previous fixture in FDH Bank Cup semi-finals in under 50 days.

But they proved they wanted the cup more than their opponents, as they showed more hunger than Bullets.

In fact, Wanderers should have wrapped up the game in the regulation time.

A compact central defence of Miracle Gabeya and Peter Cholopi made a huge difference to keep Bullets marksman Babatunde Adepoju at bay.

Bullets’ talisman full back Gomezgani Chirwa did more defending than roving down the flanks.

Patrick Mwawungulu, feared for his deft passes was also closed down in the duel of the tough as Wanderers’ Felix Zulu and Wisdom Mpinganjira stole the shine from him.

When Wanderers playmaker Yamikani Chester came in a as substitute, Bullets had no answer to his marvelic splits.

It was no wonder, that the Lali Lubani outfit created more scoring opportunities in the pulsating final witnessed by a multitude from both camps.

But despite enjoying plenty of possession, it was impossible for the Nomads to produce that magical moment.

Bullets on the other hand, had one magical moment when substitute Hassan Kajoke, saw his header cleared on the line by Miracle Gabeya.

Other than that, the People’s Team were out of sorts.

They were second on the ball and failed to play their usual passing game they are known for.

No wonder a well disciplined Wanderers side went on to dominate even in the post match penalties as Bullets goalkeeper Richard Chimbamba failed to impose his presence.

The Nomads converted all their spot kicks through Stanley Sanudi, Francisco Mkonda, Miracle Gabeya and Peter Cholopi in that order, before Nyangulu scored the decisive spot kick.

Bullets managed to convert their first spot kick through Hassan Kajoke before Kesten Simbi blasted over his spot kick.

Though Yamikani Fodya and Babatunde Adepoju converted their penalties past veteran goalkeeper Richard Chipuwa, it was too little too late as Nyangulu ‘s fine penalty gave the Nomads a historic first Airtel Top 8 final victory.

Bullets coach Kallisto Pasuwa admitted that his charges did not come to the party.

But the Briton downplayed the victory, saying despite winning, more needs to be done as he works on transforming the Nomads.