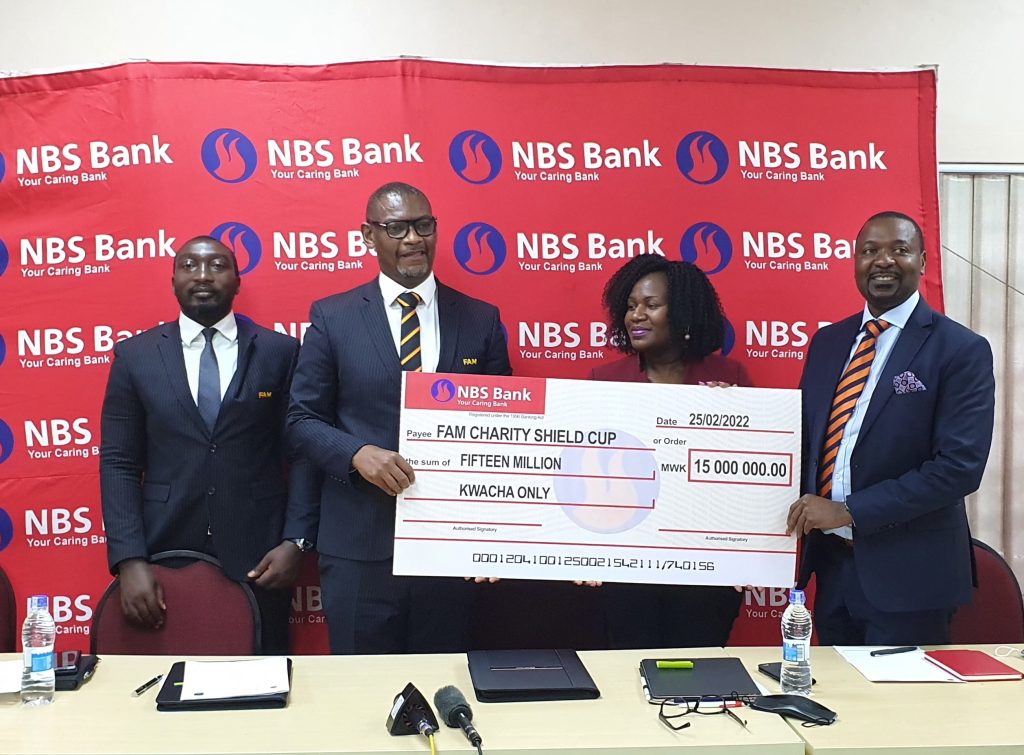 The proceeds from the match will go towards Tropical Storm Anaflood victims in Lower Shire districts of Chikwawa and Nsanje.

NBS Bank was unveiled yesterday as this edition’s sponsors at their offices in Blantyre and speaking during the function Chief Executive Officer Kwanele Ngwenya said they felt it is their duty to help the floods victims.

He said: “When a country’s people are in need , it must become the agenda for every corporate and citizen to be a part of providing a solution. Many have been affected by the natural disaster that has happened most recently and NBS Bank feels that these heart-breaking scenes of people having their homes destroyed and their belongings washed way are an opportunity to use our resources to offer hope to others.”

“NBS Bank has always supported the community in which it operates. We are today extending this support to not only to fulfil our social responsibility, but also support FAM in bringing the Malawian people their most beloved game through this Charity Shield.”

“We also believe that sports in this contribute a lot to the society in terms of entertainment, employment as well as national unity and development. This important element, when leverages on to support the needy, fits in perfectly with NBS Bank’s slogan and practice of being caring bank which has been changing a lot of lives through various initiatives and promotions like rewarding our customers with houses, cars and cash prizes.”

He said: “We know there is a cause to support flood victims in the Lower Shire. So, the time is ripe where the bank can play an active role in supporting these victims. Every penny realised from this competition will be channelled towards the flood victims.”

NBS Bank is not a stranger in corporate social responsibility as it has in the past been involved in several such activities.

However, it is the first time to partner football since 2005 when they supportered the innagural FAM Cup and Nyamilandu said the association looks forward to long-term partnership.

He said: “Let me welcome NBS Bank back to the world of football. We have been waiting for this opportunity for a very long time. When we heard the news that NBS Bank will sponsor the Charity Shield we were very excited.

“We have foot print in the country everywhere as football is played in every district where NBS Bank is also visible. We are looking forward to this opportunity of working together to promote your brand and to also let you play a role in developing football.

“This window of opportunity is huge coming at a time Malawi national team did very well at the recent Africa Cup of Nations we needed some form of appreciation from the corporate world and the bank is the first institution to come forward and partner football because of the fruits that the people of Malawi were able to see at Africa Cup of Nations.”

The Charity Shield will mark the kick off of the 2022 season with the TNM Super League taking off the following week.

The Charity Shield was introduced in 2016 and for the first two years it was a one day event, involving the team national league champions and national cup winners.

This year the competition has reverted to the original format of a one day event involving two teams.