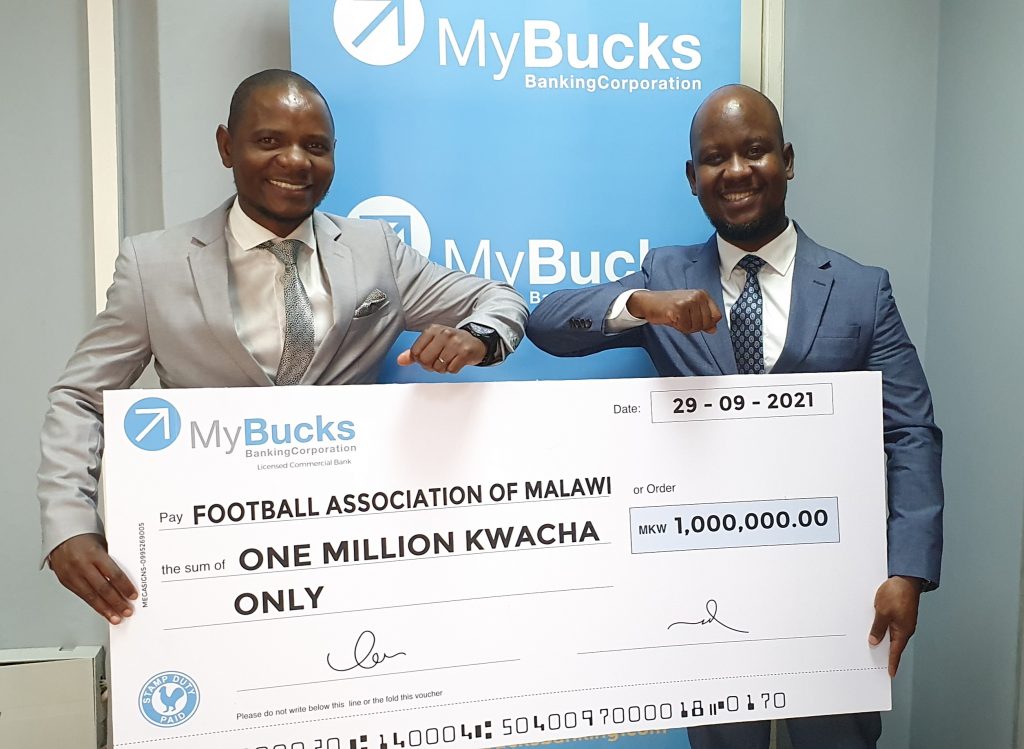 The Bank is sponsoring three teams to take part in the tournament, which is aimed at raising funds for the Flames’ participation at Afcon finals next year in Cameroon.

“When we saw the call for sponsorship, we saw that it was for a noble cause and decided that we should be part of this initiative. We are all Malawians and we need to support the boys, they are our flag carriers.

“But it is also in line with part of our mission which is partnerships and through this donation it is just a start to a greater partnership which will take us to greater heights as we go along.

“At the end of the day we want the Flames to prosper and do very well both during preparations and the actual matches and where we can help in the future, we will try to do our best to come in,” said Kalizang’oma.

FAM Commercial and Marketing Director Limbani Matola, who received the symbolic cheque on behalf of the FAM Resource Mobilisation Task Force, thanked Mybucks for heeding the call for Flames support.

“The task before us is huge. The Flames need a lot of resources and we have been making calls for support. We are glad and thankful to MyBucks for coming in to assist

“The Taskforce set a target of raising K30 million from the golf tournament and with such support from MyBucks we are sure we will surpass the target,” said Matola.

Other financial institutions that have supported the golf tournament are First Capital Bank, Standard Bank, Nico Group of companies and National Bank of Malawi.

The Taskforce is expected to raise about K400 million and has, apart from golf tournament, lined up other fundraising activities including a dinner with the State President.