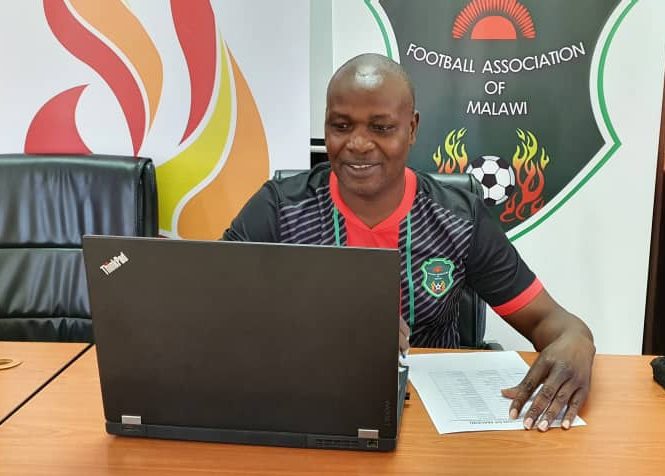 Flames coach Meck Mwase has named a 24-man squad for next month’s international friendly match against Tanzania at the Benjamini Mkapa Stadium in Dar es Salaam.

Mwase has recalled Cyprus based midfielder Tawonga Chimodzi who last played for the Flames in 2012.

Midfielder Yamikani Chester, who has rejoined Be Forward Wanderers, has also find his way back into the squad after missing Flames’ last assignments when they beat Sudan and Uganda in March to qualify for the 2021 Africa Cup of Nations finals.

Moldova based midfielder Peter Banda has been excused as he is set for contract negotiations with his side Sheriff FC. His loan deal from Nyasa Big Bullets expires next month.

The local based players will go into camp on Monday May 31, at the Mpira Village in Blantyre while the foreign players will join the team later on.

Initially Flames were supposed to play Cameroun and Mozambique between June 5 and 15 but CAF postponed the matches to September.

Speaking during a virtual press conference on Friday morning, Mwase said he is happy that FAM has managed to secure a friendly match during the window as it will help to build continuity in his team ahead of the World Cup qualifiers in September.

“We need to be active and use every available opportunity to play friendly matches.

“We have been monitoring Tawonga Chimodzi for a while now and we are excited he is doing well and want to give him a chance.