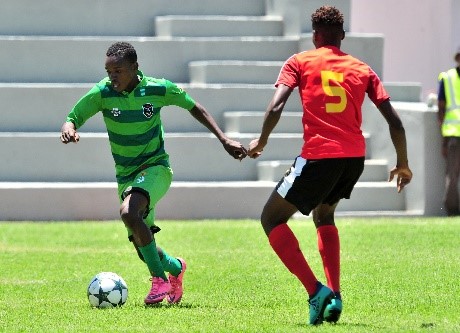 The Malawi U17 National team coach Deklerk Msakakuona says his team is ready to face any team at this year’s Cosafa U17 Youth Championship.

Msakakuona was reacting to the recent change of the tournament’s fixtures and format following the withdrawal of three teams from the competition.

South Africa, Madagascar and Mauritius have pulled out of the competition due to issues related to the Covid-19 pandemic leaving eight teams in the competition.

Cosafa has divided the remaining eight teams into two groups with the Junior Flames placed in group B alongside Botswana, Angola and Seychelles.

This is the second time that the format for this year’s competition has changed as it was first amended following the late inclusion of Zimbabwe in the competition.

In the first draw, the Junior Flames were in Group B alongside South Africa, Angola, Botswana and Seychelles and the inclusion of Zimbabwe saw the teams being placed in three groups and Malawi was in Group C alongside Zambia and Seychelles.

Reacting to the change, Msakauona said his boys are ready to meet any team at the tournament.

“We have had very good sessions with the boys since we started and their physical and mental response is very positive.

“With the change in the draw and format of the tournament, we just need to plan well and prepare for the games. We have met Botswana and Angola and managed to beat them just like they have also beaten us and sometimes we share spoils.

“We have never met Seychelles but we know these island teams like Madagascar and Mauritius sometimes use similar tactics.

“However, we will go there and play first because this is a different competition with different players so we will focus on each game as it comes.

“We hope to do well and go beyond the group stages. All we need is that the boys should go there, enjoy the game, score more goals and win games,” said Msakakuona.

Two top two teams in each group will advance to the knock-out stage.