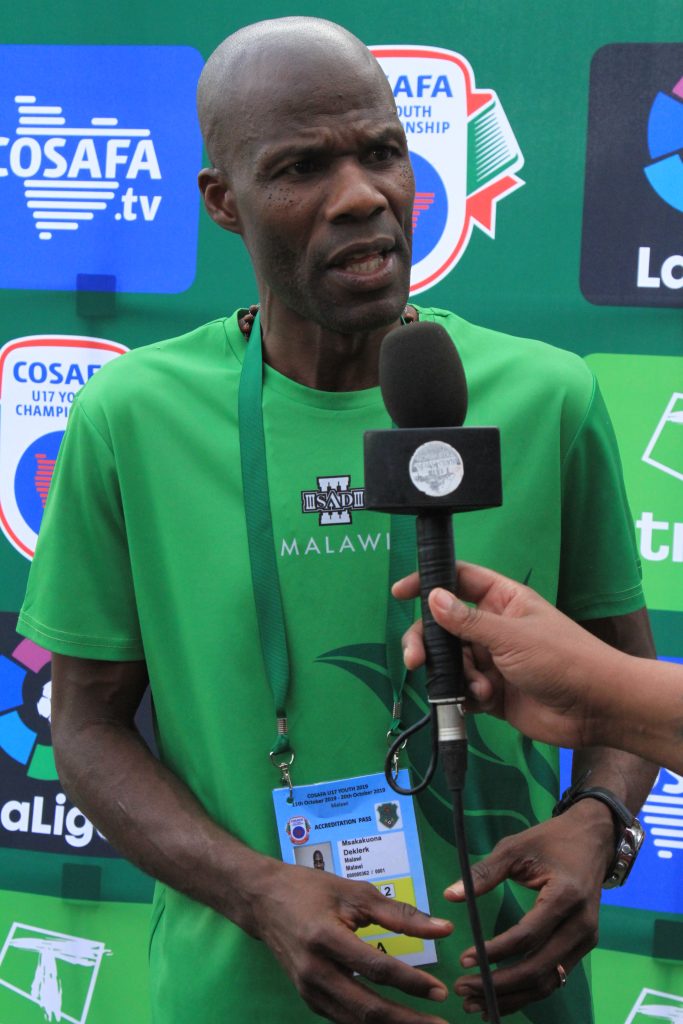 Malawi U17 national football team Coach Deklerk Msakakuona has named a 30 member squad to go into camp on Sunday ahead of the 2021 Cosafa Youth Championship scheduled for Lesotho later this month.

Msakakuona has included 28 players who were identified from a nationwide talent identification exercise a few weeks ago while  two players, goalkeeper Alex Dzimbiri and striker Renald Mapulanga were part of the 2020 Cosafa squad.

According to Msakakuona, the boys are expected to arrive at the Malawi National Council of Sports hostels in Blantyre on Sunday and will undergo medical and physical fitness tests on Monday before they start training.

Msakakuona added that  the boys will undergo MRI test within the first week of camp.

“We have called into camp 30 players but we will a final squad of 20 by the end of the first two weeks,” he said.

This year’s tournament, which has been scheduled between November 28 and December 8, will be played as part of the Region 5 Youth games.