Mixed fortunes in FDH Bank Cup round of 32 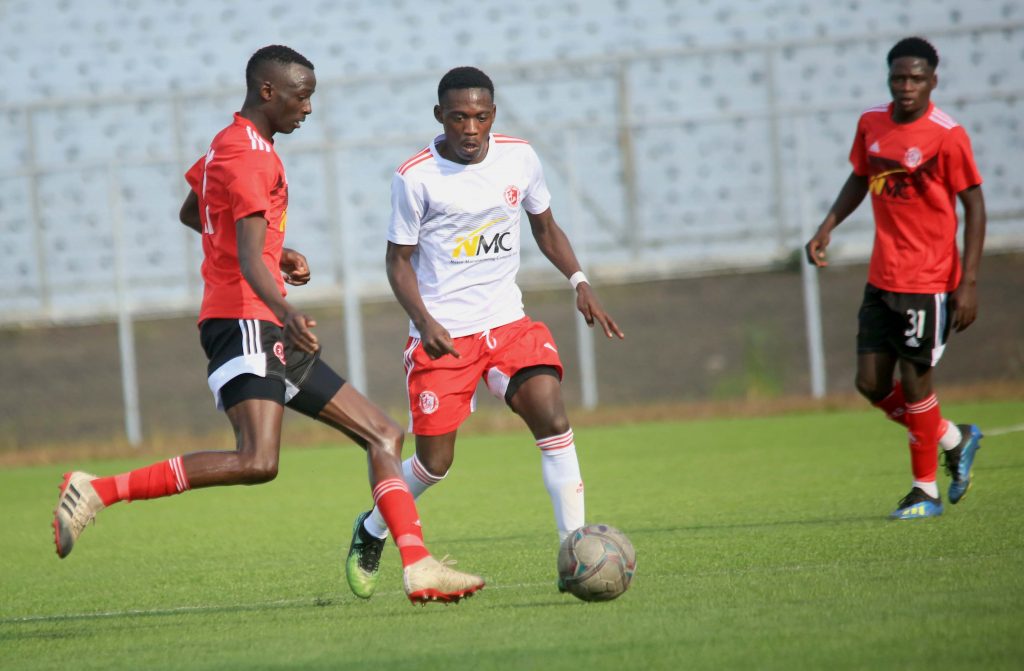 Match Day One of FDH Bank Cup Round of 32 was full of drama as three encounters had to be decided through post match penalties.

The seniors scored first through Luke Chima in the eighth minute but the juniors equalised through Kasteni Simbi from the spot kick.

Nyasa Big Bullets tried to wrap the game in the regulation time but the rookies absorbed the pressure forcing the game to go into post match penalties.

The two sides missed a penalty each in the first five set of penalties.

In sudden death the rookies missed one while the seniors converted theirs to win 5 (1)- (1) 4.

In post match penalties the Nomads went on to convert their five spot kicks while Karonga United’s Josiya Duwa’s penalty was saved by Richard  Chipuwa for Wanderers  to proceed 5 (1)- (1) 3.

In Lilongwe Mafco also needed post match penalties against Dedza Dynamos at Civo Stadium to book a place in the round of 16.

The two sides tied one all at the end of regulation  time with Dynamos taking the lead through Lameck Gamphani before Mafco’s Kingsley Nkhonjera equalised.

In post match penalties both sides scored the first set of five penalties forcing the game to go into sudden death where the rookies missed another penalty for the match to end 8 (1)- (1) 7.

Meanwhile Red Lions had to overcome resilient Simbi FC 3-2 at  Mpira Stadium in Blantyre. Henry Kamunga, Mathews Simbeye and Moses Nankumba were on target for the soldiers while Simbi’s Edgar Edson scored a brace.

In Kasungu, Moyale Barracks also made it to the last 16 after seeing off hosts TN Stars 2-0 from a Lloyd Njaliwa brace.