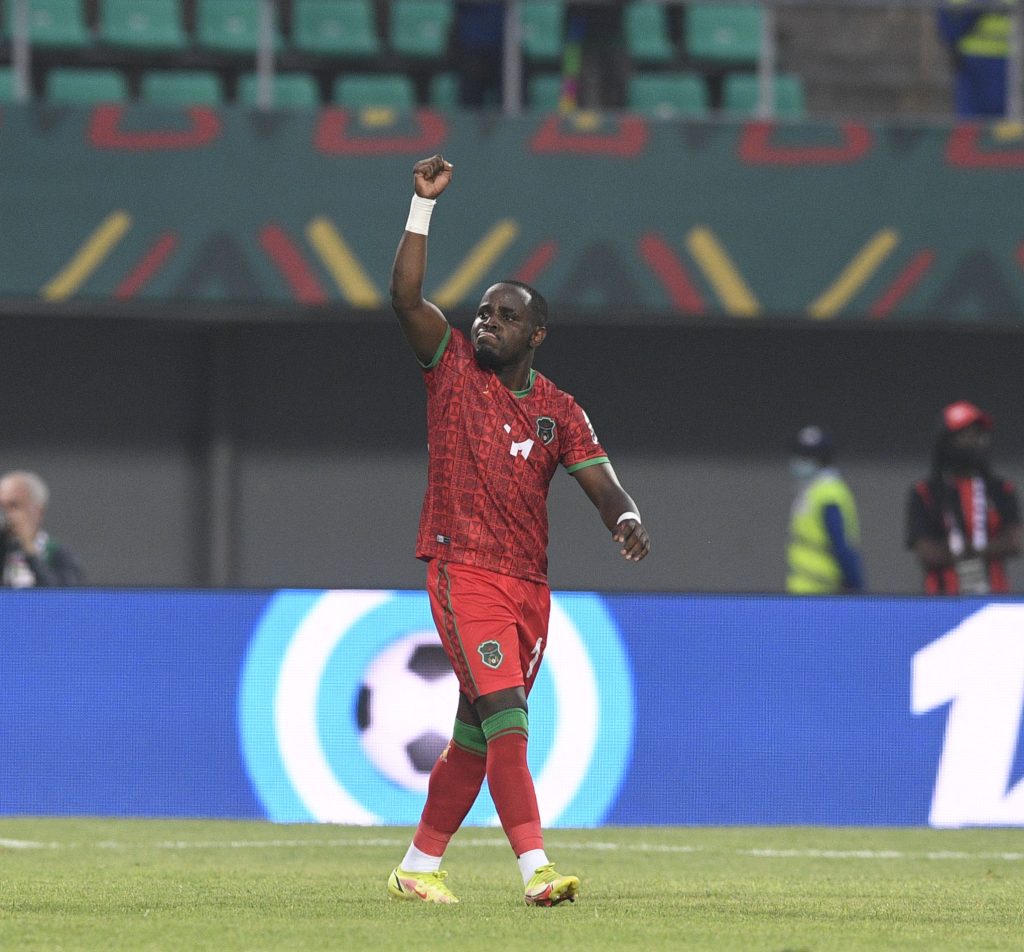 Flames Striker Gabadinho Mhango on Friday evening netted a brace in the team’s historic 2-1 win over Zimbabwe at the on going Africa Cup of Nations in Cameroon. He is the first Malawian to score two goals in a single game in the three Afcon finals that Malawi have participated so far.FAM Media engaged Mhango on his feeling.

FM:  Congratulations for getting the Man of the Match award after scoring two goals against Zimbabwe.

GB: First of all I thank God for the talent and my teammates for the teamwork that we demonstrated during the game. We did our best as a team and performed as planned and we thank supporters for always being behind us everyday.

FM: As an individual, what does it mean scoring those two crucial goals that have given Malawi a lifeline of qualifying to the knockout stage?

GM: It’s a great achievement for me as a player and the team to come to a tournament like this and show people that we can do better and I thank my  teammates because I wouldn’t have done it on my own.

FM: You missed the first game against Guinea due to Covid. What was going in your mind when you tested positive and watched the game on TV and then bouncing back against Zimbabwe.

GM: It was hard especially towards the game because that was an easy game and we could have gotten maximum points or a point which was going to be a good start for us. Unfortunately we did some mistakes and I was hurt but I believe in my teammates  and they did a good job though we unfortunately conceded a goal but that’s part of football.

FM: You are the first Malawians to score two goals in game at Afcon, how do you feel about it?

GM: Wow, I didn’t know about that, but it’s history made for me and it shows that there is more coming for Malawi. This is a proof that there is talent in Malawi and who knows the next thing might be World Cup.

FM: Personally, you would say that 2021 was not the best year for you. You struggled alot both at national and club level and you were down but you have picked yourself against Zimbabwe, how can you describe that moment, in terms of what happened in 2021 and what has just happened in the first game in 2022?

GM: I would say 2021 was not good in terms of performance and a lot of things but everyday I told myself that I need to pullout my socks and do better because this is a new year and I need to focus on new things. A lot of things have happened in the past but that’s history now, I need to look forward and do better.

FM: How do you look forward to the last game against Senegal?

GM: It’s a good game, and people are looking on paper because we are playing against big stars from Senegal and we can be afraid that they are big players but at the end of the day it’s the 90 minutes play that will decide. I know that people are doubting us and they are looking at Malawi as underdogs but as players we have a big heart and everyone of us have our country at the heart and come Tuesday, we will that game and show the that we are better than them.

FM: Finally as an individual, what do you want to achieve as a player by the end of the 2021 Afcon?

GM: My ambition is to see Malawian players including myself go and play oversees because   that’s the only ways we can show the World that we also have the talent that can play oversees.  I can see that at the end of this tournament three or five of us are going to play oversees, I have that feeling and that is what I have been telling my teammates because everyone is watching this tournament and we have to do our best and show our talent whether we win or lose.