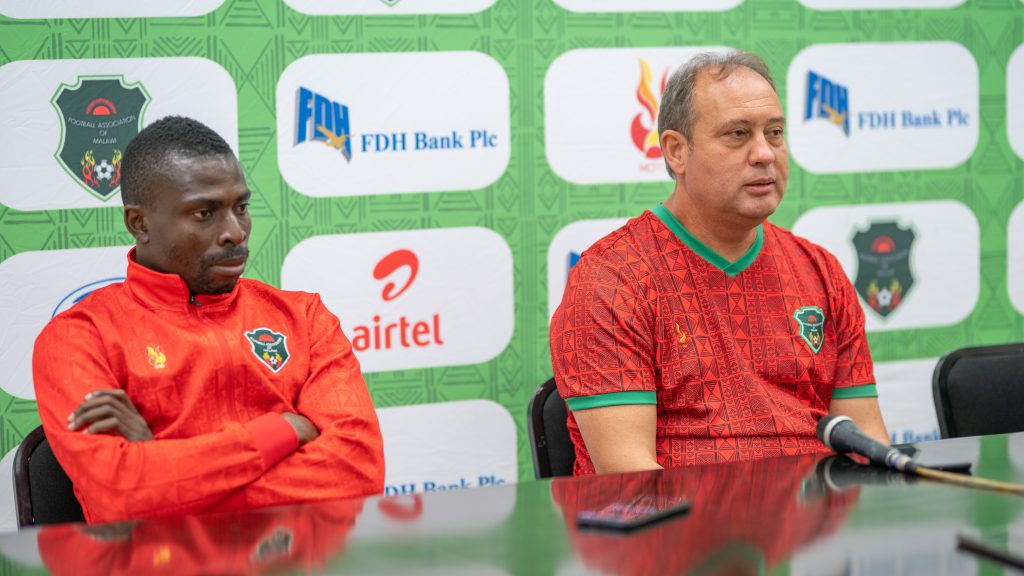 Malawi National Football Team’s quest for back-to-back Africa Cup of Nations (Afcon) qualification starts tomorrow against Ethiopia at Bingu National Stadium in Lilongwe with Head of Techncial panel Mario Marinica saying he has confidence in the squad he has assembled for the task.

Speaking to the media in pre-match presser, the Romanian tactician, who takes charge of the team after replacing Meck Mwase, said he looks forward to his debut.

However, the coach was quick to point out that despite being aware of the huge expectations from the soccer-mad fans who expect nothing less than victory, he is not putting the players under pressure.

“As I always say, I don’t have expectations. If you have huge expectations, life becomes a big disappointment. However, everyone has dreams and hopes. We are prepared to put into practice our game plan in order to win.”

Mario, was assigned as head coach at Cameroon Afcon finals, and led the Flames to last 16 at the tournament.

However, he is now aware that he is in charge of the team in the qualification battle in which the Flames have to criss-cross the continent to play group D members Ethiopia, Guinea and Egypt.

The tactician recalled on his experience with the Flames before the Afcon finals Cameroon and the preparations for the 2023 Afcon qualification.

He said: In Cameroon it was a bit different. We had internal camp in Chiwembe, then we had external camp in Saudi Arabia. And after that we had a camp in Cameroon. In total we had about 57 days together.

Mario has maintained the team that he took to 2021 Afcon, with just a few changes.

The noticeable change is the absence of injured captain Limbikani Mzava and dropped striker Richard Mbulu, as well as the drafting in of veteran striker Chiukepo Msowoya.

His biggest challenge however, is lack of game time for some foreign-based players.

But the coach said he will ensure that he gets the best out of his squad.

Mario’s reign has seen Malawi shift from passing and support game to direct football, dubbed ‘fast and very fast’ football.
Despite concerns on the style not entertaining for fans, the tactician justified the shift saying the passing and supporting football was ineffective.

“If I remember well, there was a lot of passing for example against Cameroon in World Cup qualifiers there were about 410 passes and out of that, there was no shot on target, no shot at goal. So yes there is no entertainment in terms of passing quality.

“But we need to get points we need to get results. And we have to do that based on the players and the opponents we face. So at the end of the day, as they say, there are horses for courses, so we try to do with what we have and according to opponents that we face.”

He said: “We need to go again to Afcon final. Everyone worked very hard during training. I think if you can ask the coach, he is having headache on who to feature. Tomorrow we will not have an excuse.”

He explained: “We know we are in a tough group. All the group members Malawi, Guinea were qualified for the last 16 and Egypt were finalists at the last Afcon tournament. As for Malawi, we know the Flames play direct football. We are ready for them.”

December 2, 2022
PrevPreviousChiukepo ready to prove he still has got it
NextFlames cruise past Ethiopia in 2023 AFCON Qualification openerNext